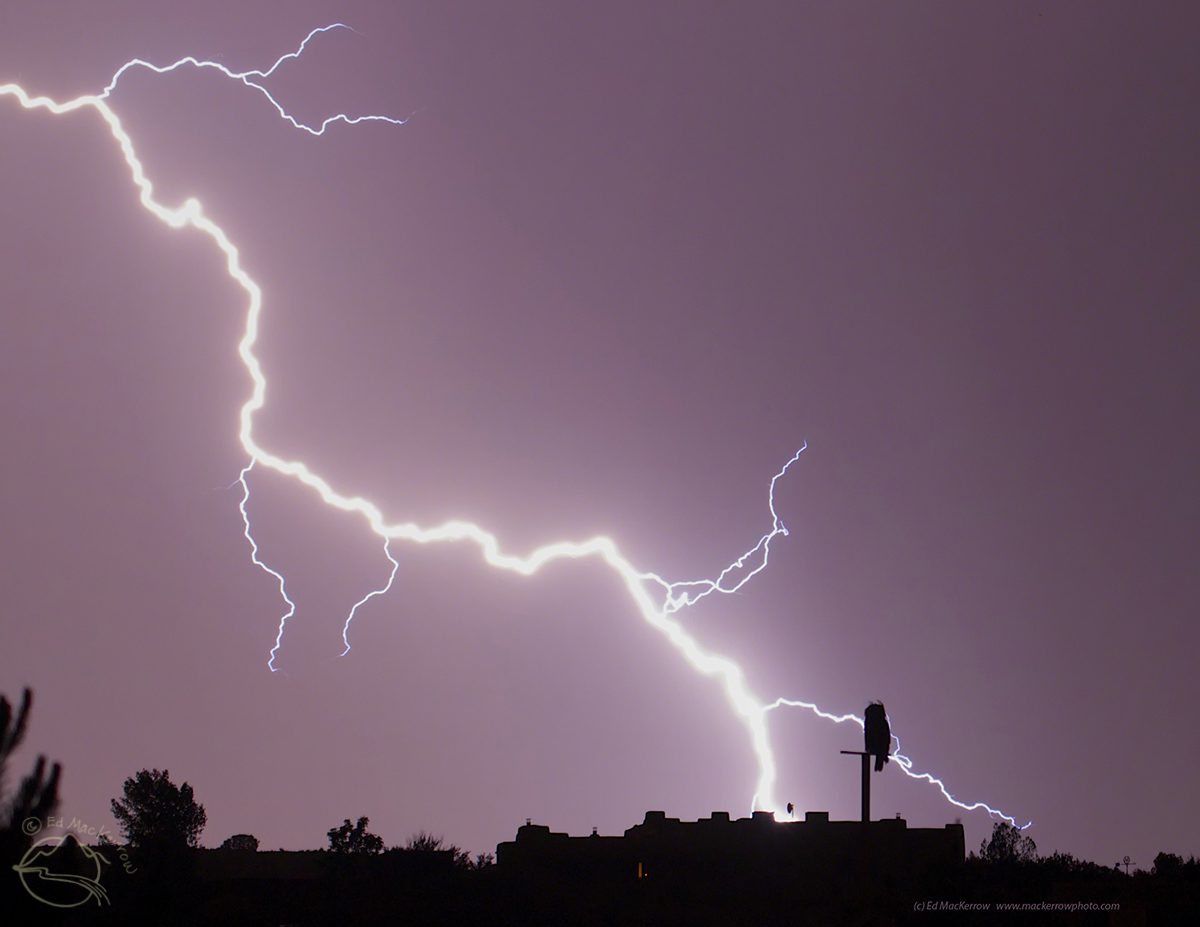 You Love the Thunder

Nature photography has always been my “escape” and my “narrative”.   “Escape” from the daily grind to go outside and quietly observe nature, “narrative”  in order to communicate how important nature is to all.

The past couple of weeks I have been participating in a “nature photography challenge” on Facebook – sort of…  Something did not feel “right” to me in participating in this challenge. I cannot say exactly what was bothering me about it. It felt like a “pyramid scheme”.  The rule was that each day, for 7 days, I would post one of my favorite photos, and nominate another photographer, with a #hashtag back to them, and a #hashtag to those who nominated me earlier, and #hashtags to those who I had already nominated. The 7 photographers I nominated would then be expected to nominate 7 more photographers, and so on.  My head is spinning and all I see is “7” … The photographers that nominated me were kind enough to first ask me if I wanted to partake in this. 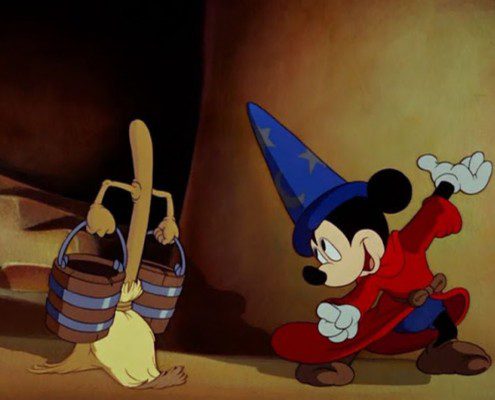 Careful what you ask for…

A few photographers have really inspired me over the years.  I will not “nominate” them to join this challenge, and will instead simply recognize them here.

Growing up in California and spending a great deal of time rock climbing and backcountry skiing in the Sierra Nevada influenced me a great deal.   Galen Rowell, was an incredible climber and photographer who lived in Bishop, California.  I love Bishop and the Eastern Sierra.  Although Galen photographed all around the world, his images of the High Sierra still inspire me.  Bishop is the home for many of my heroes.  Sadly, many of them are no longer with us (in particular Galen Rowell, Alan Bard, and John Bachar).  I consider myself lucky to have met these legends during my time in the Sierra Nevada.  Even today when I am in the Eastern Sierra I think about the images created by Galen Rowell — how he must have felt while photographing in “The Range of Light”.  Most people do not realize that Galen was also a very accomplished climber, skier, and adventurer.  Galen did the first one day ascent of Denali, hundreds of first ascents in the Sierra, and first ascents of Himalayan peaks — all with a camera in hand. These modern day mountain explorers took the road less traveled and followed their passion.

Capturing images of my experiences in the mountains is my passion.  It is not about the final image.  It is about the journey, the experience, and what is learned along the way. Facebook, Instagram, Pinterest, selfies, and the Internet have provided a convenient way to share images.  I feel that is ok, however I wonder about dilution of the experience?  I remember taking one or two rolls of slide film with me in the mountains, carefully choosing what images I would take with the 24 exposure film over a period of a week or longer.   We have come a long way from those days !  Now I see photographers using their iPhone to take a picture of their LCD on their camera so they can quickly post it on social media.  Instant gratification is like crack cocaine!

So, instead of quickly tagging other photographers in this #naturephotographychallenge, I would like to recognize two current photographers who inspire me.  A common theme these photographers share is that they follow their passion for the experience of being out in nature taking photos, the journey they are on to learn more about nature, and their desire to share that experience with others.  I do not hear about the recent photography contests they have won, or the latest magazine cover they are on.  Instead I hear about their journey, what they are learning along the way, and what they have observed in nature and are sharing with others.

Ron Dudley is a retired biology teacher who loves photographing birds around the west.  Based out of Salt Lake City, Ron posts a daily blog, “Feathered Photography“, which I look forward to reading each morning.  Well before dawn Ron is up writing his next blog article before he heads out to capture the morning light.

Integrity and ethics are important values of wildlife photography to me, otherwise wildlife will be negatively impacted just so photographers can brag about their photo(s).  Sadly this is becoming more of a problem these days. Ron Dudley demonstrates the highest integrity and ethics in photography that I have ever seen.  Additionally, Ron’s purpose seems to be in sharing his knowledge of nature, not to brag, not to boost his ego, but instead to share a genuine concern for wildlife.  Ron’s technical photography skills are simply amazing, and yet he is extremely humble — always pointing out how he wished a certain feather, or light in the birds eye, was imaged better.  When you check out Ron’s blog, you will see what I am talking about.

I first met Box Leangsuksun at the Bosque del Apache NWR under stressful conditions.  Box had accidentally forgotten his backpack with his wallet and travel documents on the Fly-Out deck at the refuge.  When he went back to find it, it was gone.  Box ended up looking all over the refuge and asking everyone he saw about it.  I felt bad for Box, since he was far away from home, by himself, with no money, wallet, or documentation.  As we talked I could tell that wildlife photography was his passion.  Like me, he is a scientist, and yet his deepest passion is photography.  I guess you can say we resonated together.  I am glad I met Box since his energy for photography is infectious.  It seems like on any given day Box is either photographing birds in the pond by his home in Louisiana, or he is in Yellowstone photographing bears, or out in the Texas Hill Country.   Mind you that Box is a full-time professor, and from what I can tell a very well respected and successful one.  Thanks Box for making me feel like an under-achiever :-).

So, to be clear, I am not nominating Ron Dudley or Box Leangsuksun for this #naturephotographychallenge.  Instead I am expressing my appreciation and thanks for their continued inspiration.

Now, finally, to the image in this post, “You Love the Thunder”.  I chose this image for my last post of this #naturephotographychallenge for a number of themes.  (1) Luck, (2) Persistence, (3) Belief in yourself, (4) Integrity, (5) Jealously and Trust, and (6) Possibility.

One night I was photographing lightning at home.  The ambient light from a bolt of lightning illuminated a Great Horned Owl perched close by.  My little voice said, “try to get an image of that owl with a lightning bolt behind it”, and my negative voice said “yeah right…, you will have to go in the house and get a longer lens, the owl will have to be there when you get back, a longer lens will require a faster shutter speed, and who is to say a lightning bolt will actually fall in the field of view, and the owl will have to remain motionless while the long shutter is open, and, and, …, “.  I felt like Jerry Seinfeld when he has those conversations with himself.

Luckily, I went inside the house, got a 70-300 mm lens and swapped out the wide angle lens. I then took images of four different lightning bolts, not expecting this to work.  Looking at the LCD of the 4th image I was amazed to see that it worked!  After a few hours sleep I turned on the radio in my car and the song, “You Love the Thunder” by Jackson Browne was just starting to play, and boy did it sound great.  I named the image “You Love the Thunder” since I sensed that owl was just sitting back enjoying the lightning bolts and thunder.

That image took a lot of luck, which is a fun component of nature photography. If I was not persistent I would have missed this image.  I had to believe in myself enough to even try and get this image.  I did not “Photoshop” the image, since I think integrity is worth more than a cheated image.  I was accused by a few jealous photographers of “Photoshopping” the image, who I ignored, while many other photographers expressed recognition based on trust.  I learned that many things are possible, as long as you go for it and give it a try.  The one guaranteed way to fail, is to give up.