Thankful for the Laws of Nature

Thankful for the Laws of Nature

Thanksgiving!  A time when we get together with friends and family, watch football, and pig out.  Grace is usually said as we each give thanks to what we have been blessed with.

This year I am thankful for the lessons of life I have been offered.  Some have been very hard, like losing Vizzy; and seeing our nation become more divided and angry.  It is very easy for me to get depressed about these things. I know that I am not alone. 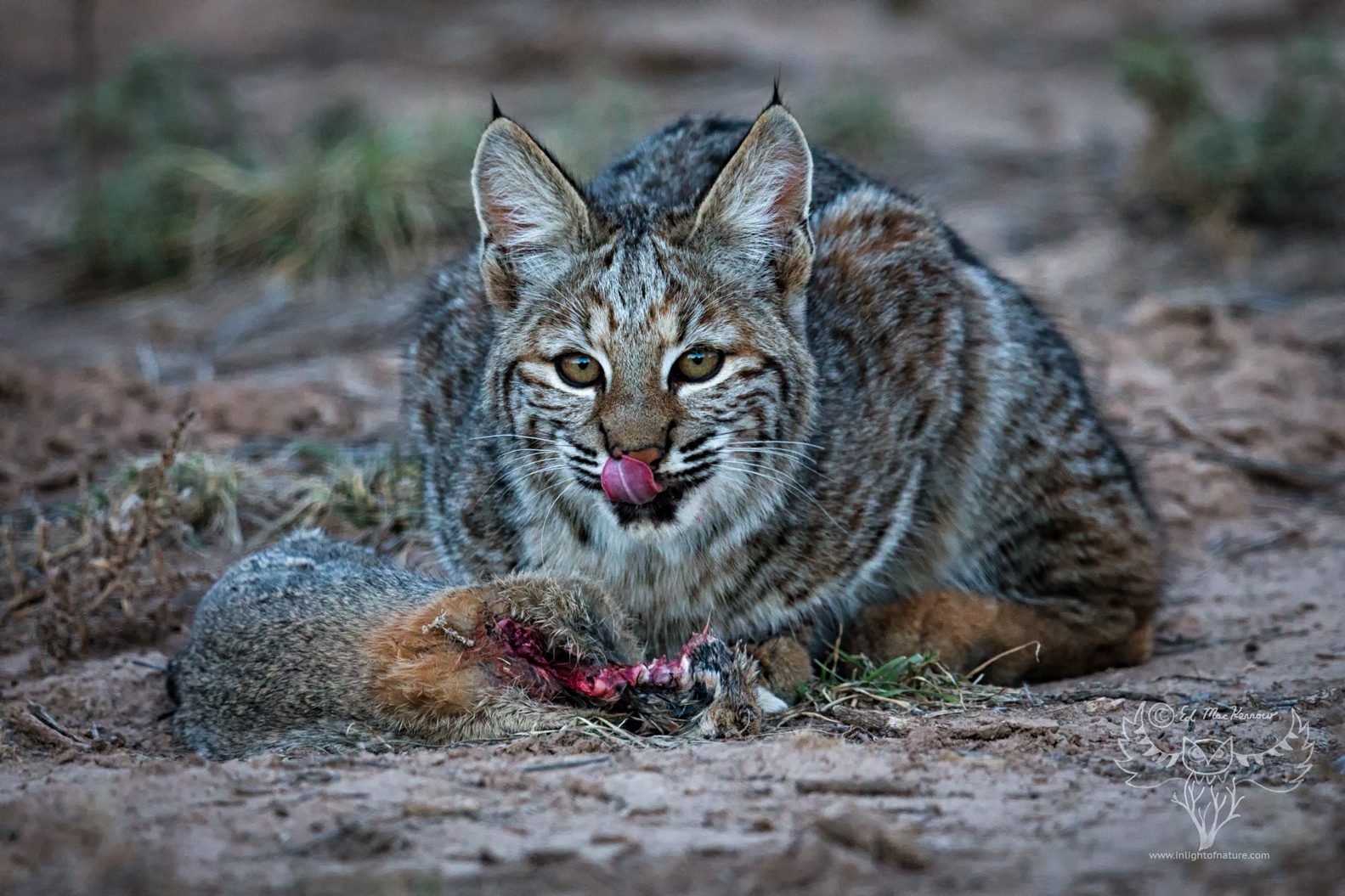 Bobcat, starting in on a big meal of Cottontail Rabbit.

I also know deep inside though that I need to do my best as an individual to make things better.  I have good days and bad days in this regard.  On my good days the scientist inside me comes out and thinks deeply about how to improve things.

Many of you may not realize that I am a scientist, and know me instead through photography.  I spent most of my career studying the root causes of political violence and terrorism.  Although a rather dark subject, it was very interesting to learn the factors and situations that lead homo sapiens to pursue political violence.  My motivation was to learn how we could anticipate political violence before it happened.  Not to catch the bad guys, but to reduce the growth of “bad guys”.

Even though I hate to admit this, I started to lose hope that humans would avoid political violence if they could.   Facts and knowledge are being ignored.  Thinking is hard.  YELLING is easy. Instead of discussing a problem and potential solutions, we now throw labels at each other.  We are being lazy cowards, avoiding the hard work of thinking and solving the problems.

I used to feel proud of being  a scientist.  Science and engineering advanced the USA a great deal.   The iPhone you use, the hyper-velocity bullets you shoot out of your gun at the range, the digital camera, satellite internet, and just about everything you use in your daily lives was born from science and engineering.  The space program created many engineers and scientists and together as a nation we pulled together to show the rest of the world what could be done with hard work and science. 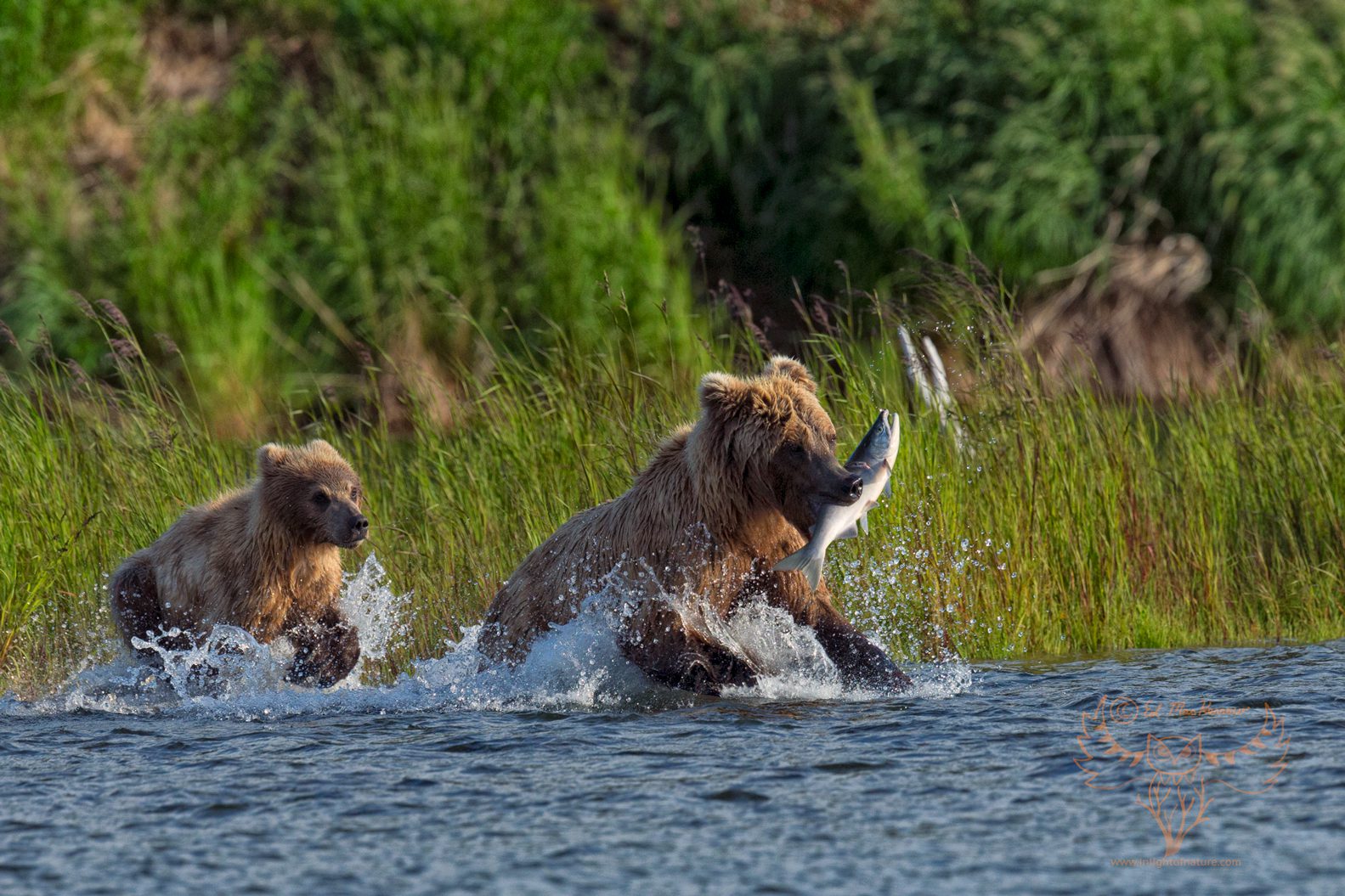 Mom finally caught a salmon. (This was the first salmon she caught of the season). Katmai National Park, Alaksa

In the USA science now seems to be “evil” and something that only the “liberal elite” believe in.  Growing up in Cupertino, California in a white middle-class area, that was eventually transformed into Silicon Valley I experienced how science and engineering coupled with brave entrepreneurs advanced our nation to be the world leader in technology.  Many of the smart, brave, and hard-working people that made Silicon Valley a success were from other countries and ethnicities.  I am very thankful of their contributions to the USA.

Watching “my” little wilderness, the foothills of the Santa Cruz mountains, transform into part of Silicon Valley was very painful.  The hills that I would lose myself on hikes transformed into mega-mansions for those that “made it big” in Silicon Valley.   It really felt like an invasion of “my space”.  My family had no where near the wealth of these “aliens”.  It is hard to experience and not feel “less than”.

Eventually I escaped to graduate school and research in the wilds of New Mexico.  There I was able to do research and be in the mountains.  Having a place of wilderness to escape to and think is a treasure.  When things get tough for me I always seek clarity and solace in the mountains.  When I was in Washington DC I would often escape to local parks or trails along the Potomac River to reboot and think.  Get clarity.  Rejuvenate my hope and improve my perspective on things.

Now I have chosen to take a break from science and focus solely on nature photography.  Sharing images of nature and her beauty is my current strategy for bringing people closer together.  Sounds very bizarre at first…  I have seen humans from very different identity groups laugh and smile with each other while they share the experience of nature together.  We identify around nature themes we all share and love.  In all my life I have only met one person who said “I do not see the big deal about wilderness and the beauty of nature”.  At some level I think everyone wants to know that wild places still exist that have not been ruined by the selfish greed of man. 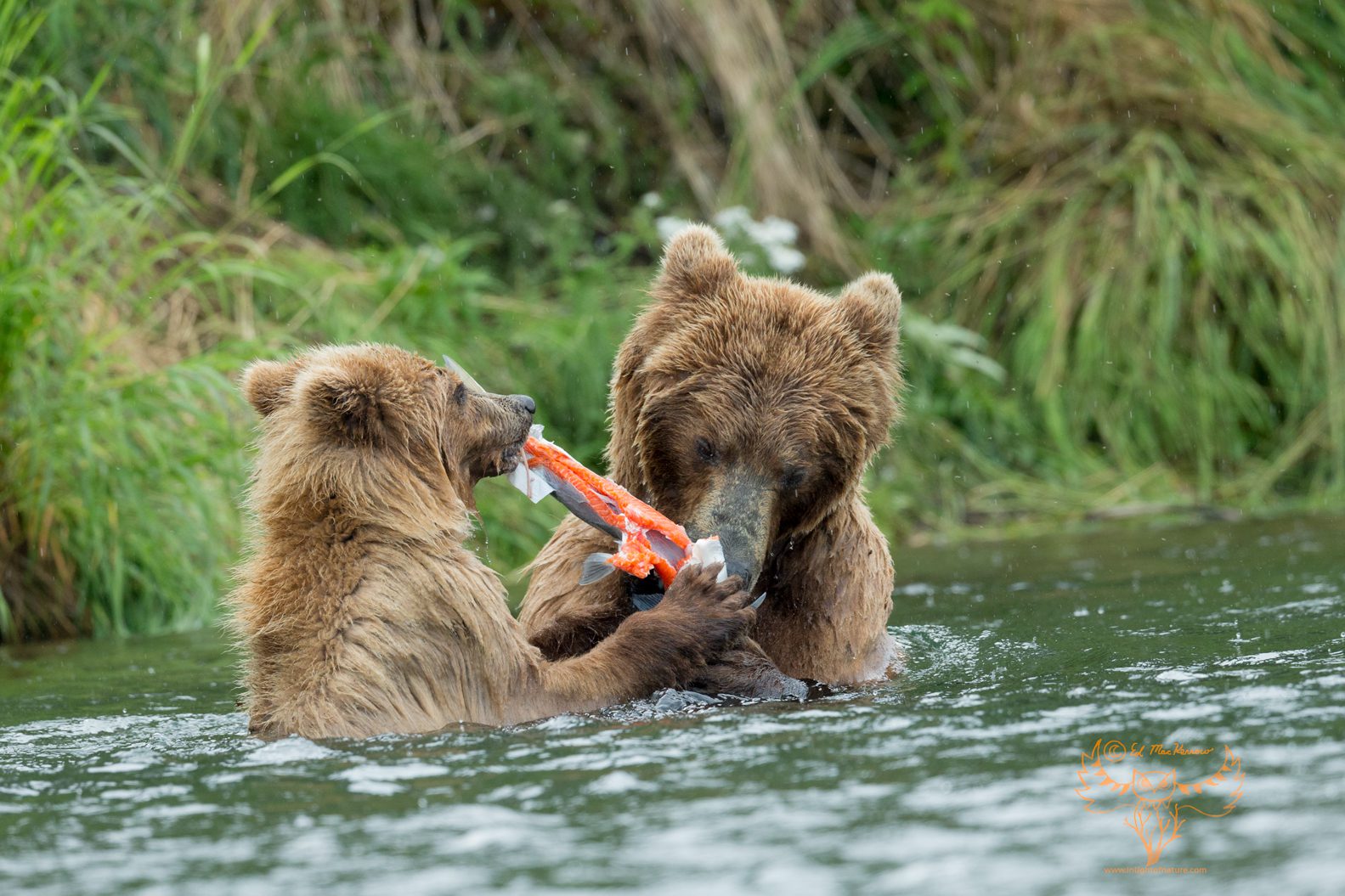 The world is a mess right now with all kinds of big challenges.  When we come together as a nation, apply what we have learned from science to these challenges, and acknowledge that all species are in this together, we have a fighting chance.  If we remain polarized, intentionally ignoring facts and science, and arguing by lazily “labeling” different identity groups, instead of discussing the problem at hand, then we will fail, in a big way, and very soon.

Perhaps common identity traits we share around the beauty of North America will pull us closer together.  That stream your Dad took you fishing on as a kid, or those mountains you backpacked in, or the fall hunts you did with your family.  These are things many people identify with and value.  Perhaps the polarized identity groups can realize they share similar interests that are too valuable to lose?

Right now “it is ours to lose”.  We need to work together and be honest with facts, science, and each other.  Don’t get me wrong, there are bad apples and they need to be dealt with.   I am reminded of watching a grizzly bear new to river with many established bears.  This bear was not as skilled at fishing as the local bears were.  The new bear adopted a strategy of waiting for another bear to catch a salmon, then he would fight the bear,  steal the salmon, and run off.  We all know how this story will end.  That bear eventually got his butt kicked.  Nature, eventually, sorts things out in one way or another.

The community of bears knew how to fish together on a small stream, they had a pecking order, and every bear had to work hard to catch fish.   They worked together to deal with the “bad bear”.  That was not a surprise though.  Nature works that way.  What goes around comes around, eventually.  I am most thankful for that.  The law of Karma. 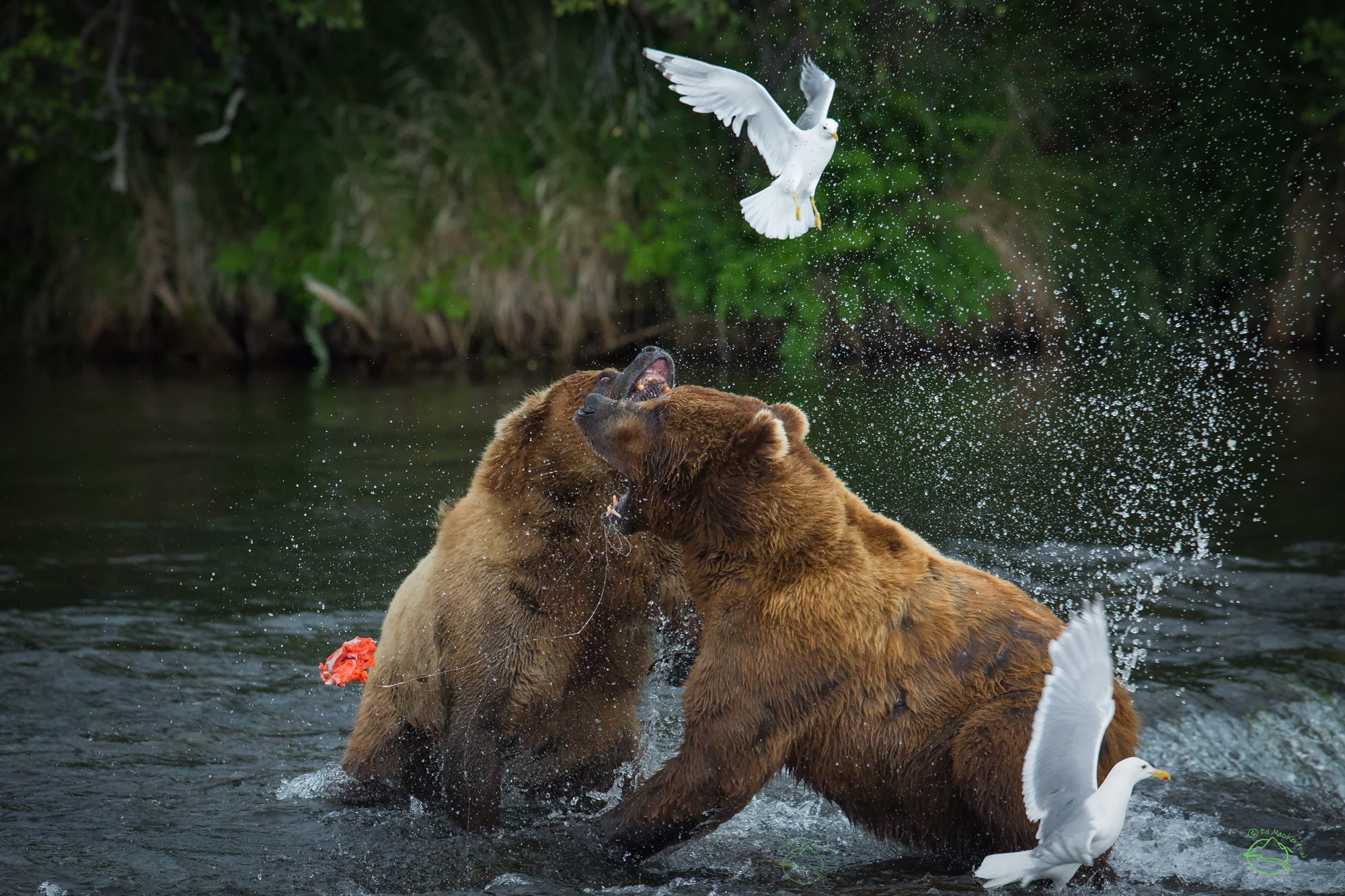 The “Bad Bear” on the left stealing the hard earned catch from another bear.

We can learn a lot about ourselves by spending time in nature.  I wish that I could wave a magic wand and give time in the wilderness to everyone.  Nature gives us a fresh perspective on the big picture.  I am thankful that I can experience nature as much as I do.  It is my best medicine.

The “Sneetches” by Dr Suess. Required reading for all of us right now.