When sunlight illuminates thin layers of cloud and fog droplets

On this cold and wet fall morning, I was hoping for a low level of ground fog over the Valles Caldera National Preserve.   My goal was to photograph elk in ground fog.

The elk were in the rut. I could hear the clashing of bull elk antlers as they sparred.  It was still dark.  My hopes were high. I was close to what sounded like hundreds of elk.  It was foggy. The conditions were lining up nicely for some great photographs of elk and fog.

It was eerie to be immersed in dark fog with invisible elk all around me.

Suddenly strange lights appeared in the sky to the east. They were bright parallel spikes of twinkling light.  They appeared to be floating slowly downward and growing in length.

I wish I had reacted faster and took photographs of these strange lights sooner than I did!  As I raised my camera towards them, things started to make sense.  The rising sun projected light through the forest on the caldera’s rim — creating a pattern of vertical lines of light formed by the gaps between trees. 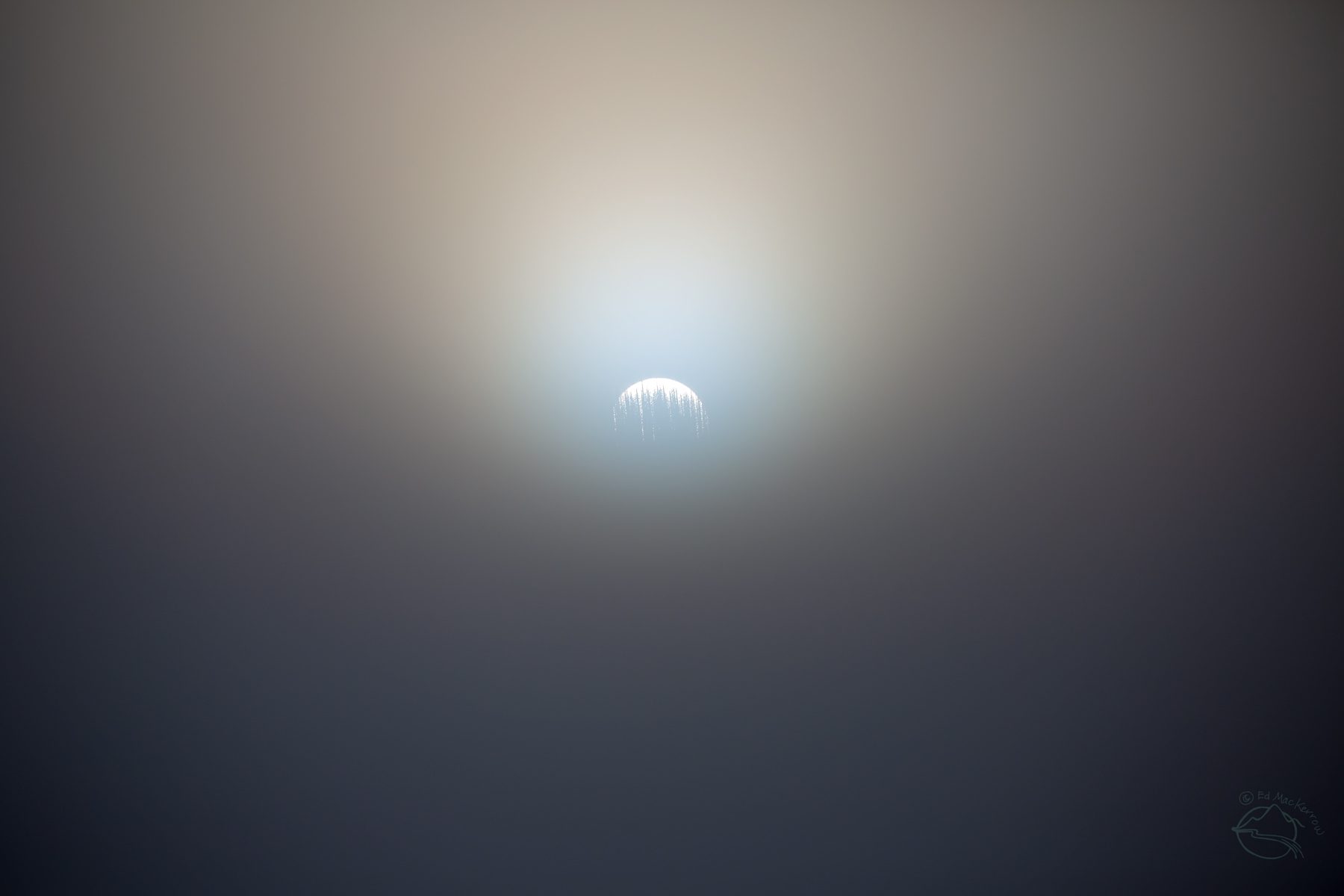 Rising sun through the morning fog and a dense forest. 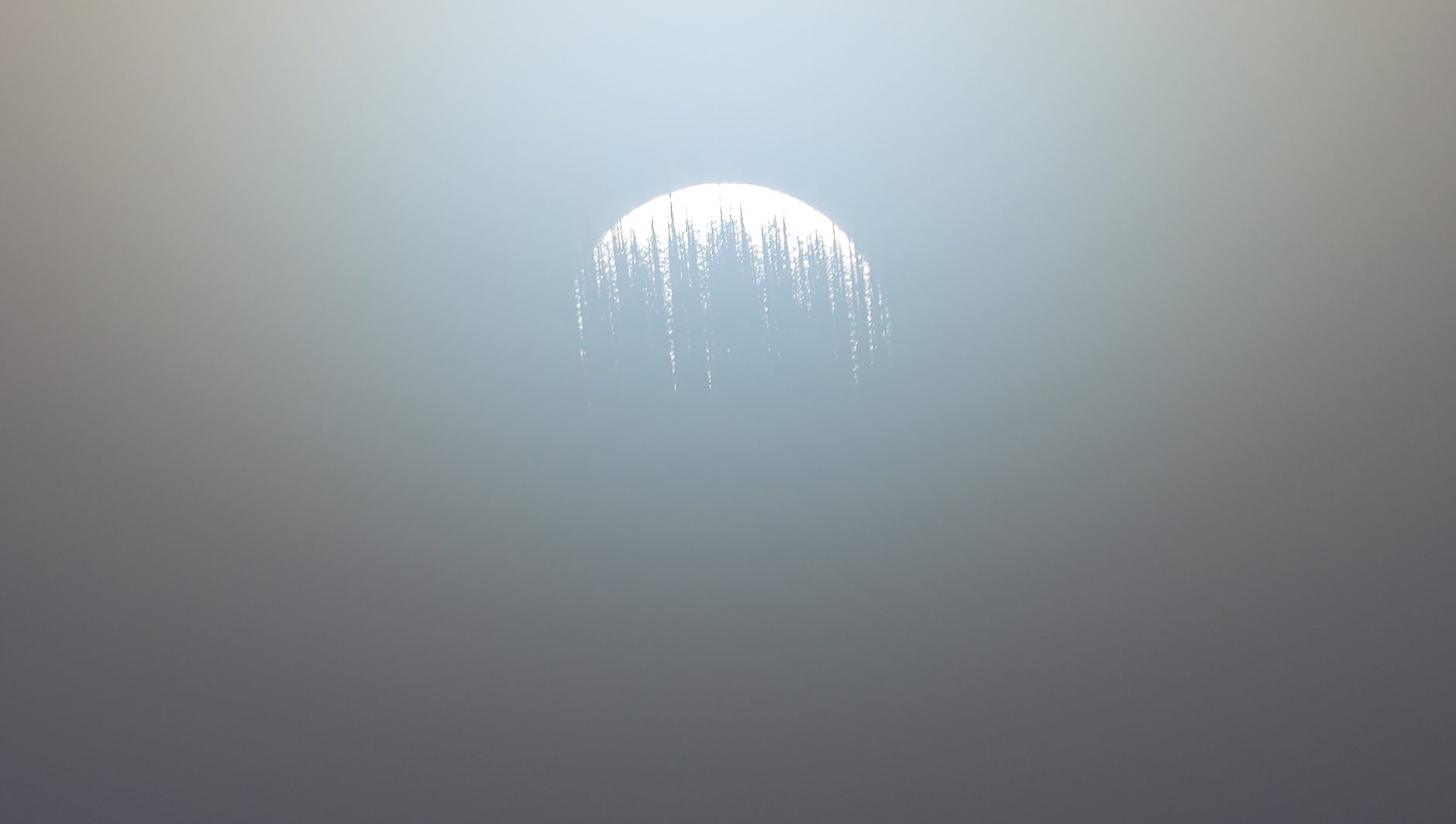 Detail of sunrise through the forest and fog.  You can imagine what the vertical spikes of light looked like when the disc of the sun was below the tops of the trees.

So far, it had been a magical morning—nature’s light show continued.

A ghostly arc of white light loomed above the valley floor next to me.  It was hard to tell how far it was away from me or even how big it was.

The arc had some structure to it.  Reddish-pink colors lined the outer part of the arc, and bands of blue, purple, and green light made up the interior rings of the arc. 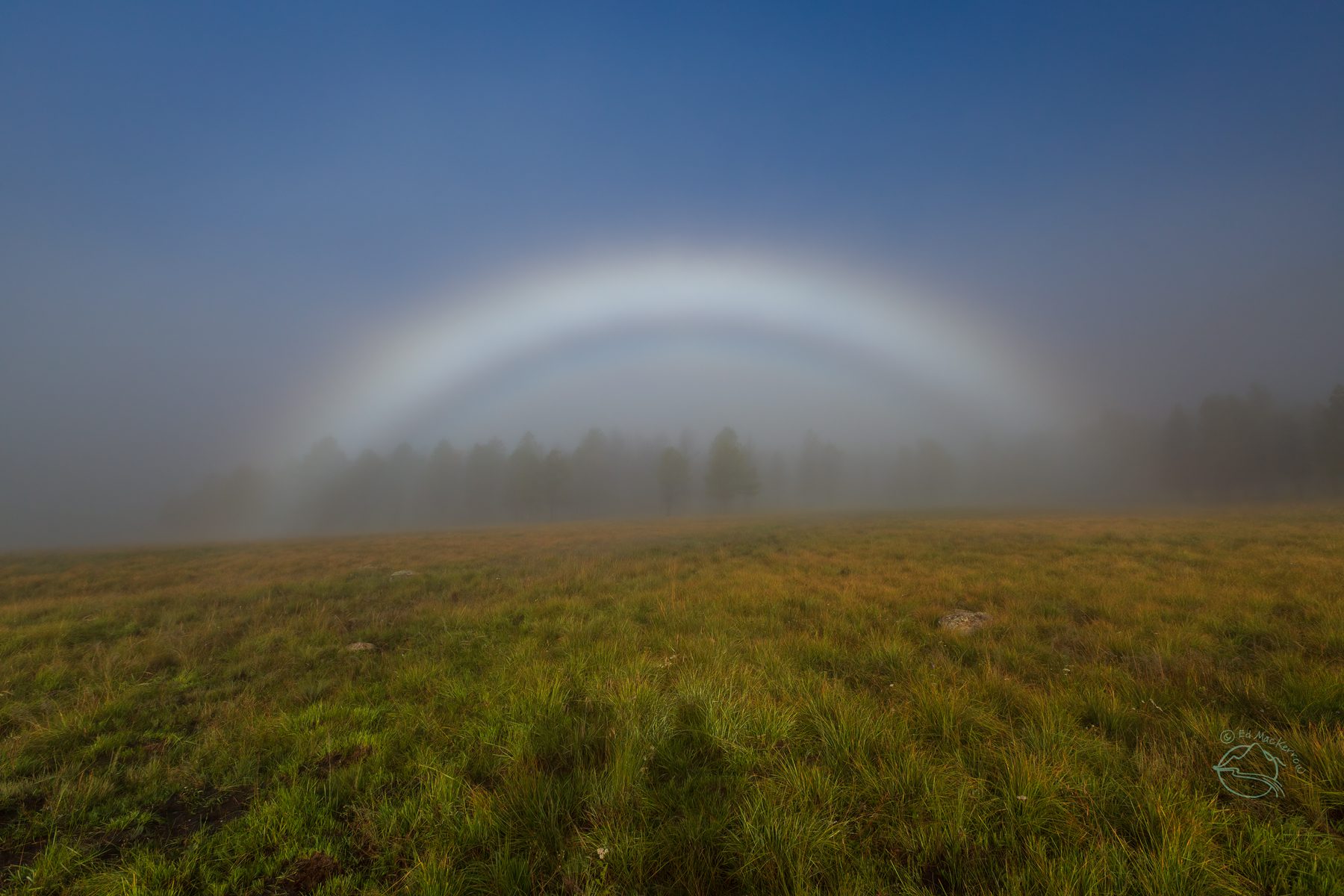 This fogbow was next to me as the sun rose over the rim of the caldera.

The fogbow in front of me had an arc-shape like a rainbow. However, the width of the bow was much thicker than a rainbow. In addition, the fogbow was whitish in color with some faintly colored bands — but nothing near the spectacularly saturated and separated colors of a rainbow.

When light rays illuminate the much smaller cloud droplets (fog), they still enter the droplet and reflect from the backside of the drop, and refract in the droplet like in a rainbow, but they also diffract as they exit the cloud droplet.  Diffraction bends these light rays so that the rays for different colors overlap, resulting in a white bow instead of the well-separated color bands we see in a rainbow.

How to See Fogbows

Look for fogbows as the fog starts to thin out or “burn off.”

You need a thin layer of fog, ideally where the sizes of the cloud droplets in the fog are the same — which tends to happen with “freshly created fog” versus fog that has been in place for a long time and has a wide variety of cloud droplet diameters.  I normally find “fresh fog” when the sun is warming wet grassy areas after a rain or as the sun warms dew dropped grass.

The fogbow will be opposite the sun, and the shadow of your head will be at the center of the fogbow — just like it is with a rainbow.

The sun has to be low in the sky, below 40 degrees elevation, to see a fogbow (same for a rainbow).  This means you can only see fogbows (or rainbows) closer to sunrise or sunset, versus in the middle of the day when the sun is high in the sky.  (You can see a rainbow/fogbow in midday from a mountain top looking down, or from an airplane). 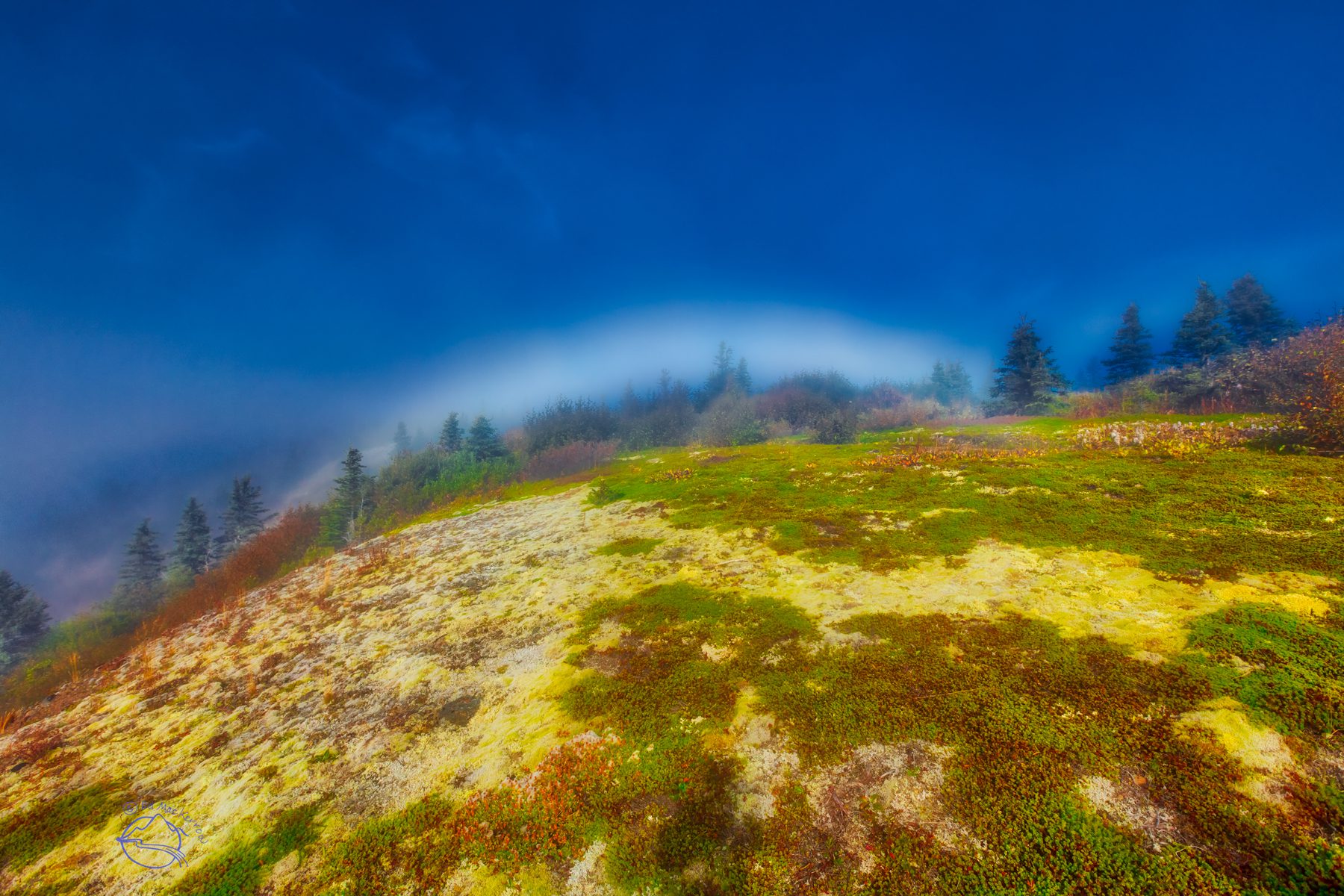 I saw this low fogbow one morning after camping out on a mountain ridge in Alaska.  It was fall, and the night was cold with frost.  As the sun warmed the frosty tundra, thin layers of “fresh fog” formed.  The fogbow is low since the sun elevation angle was relatively high, approaching 40 degrees.  It was a magical experience, and the tundra was full of ripe blueberries and cranberries. A great way to start the day! 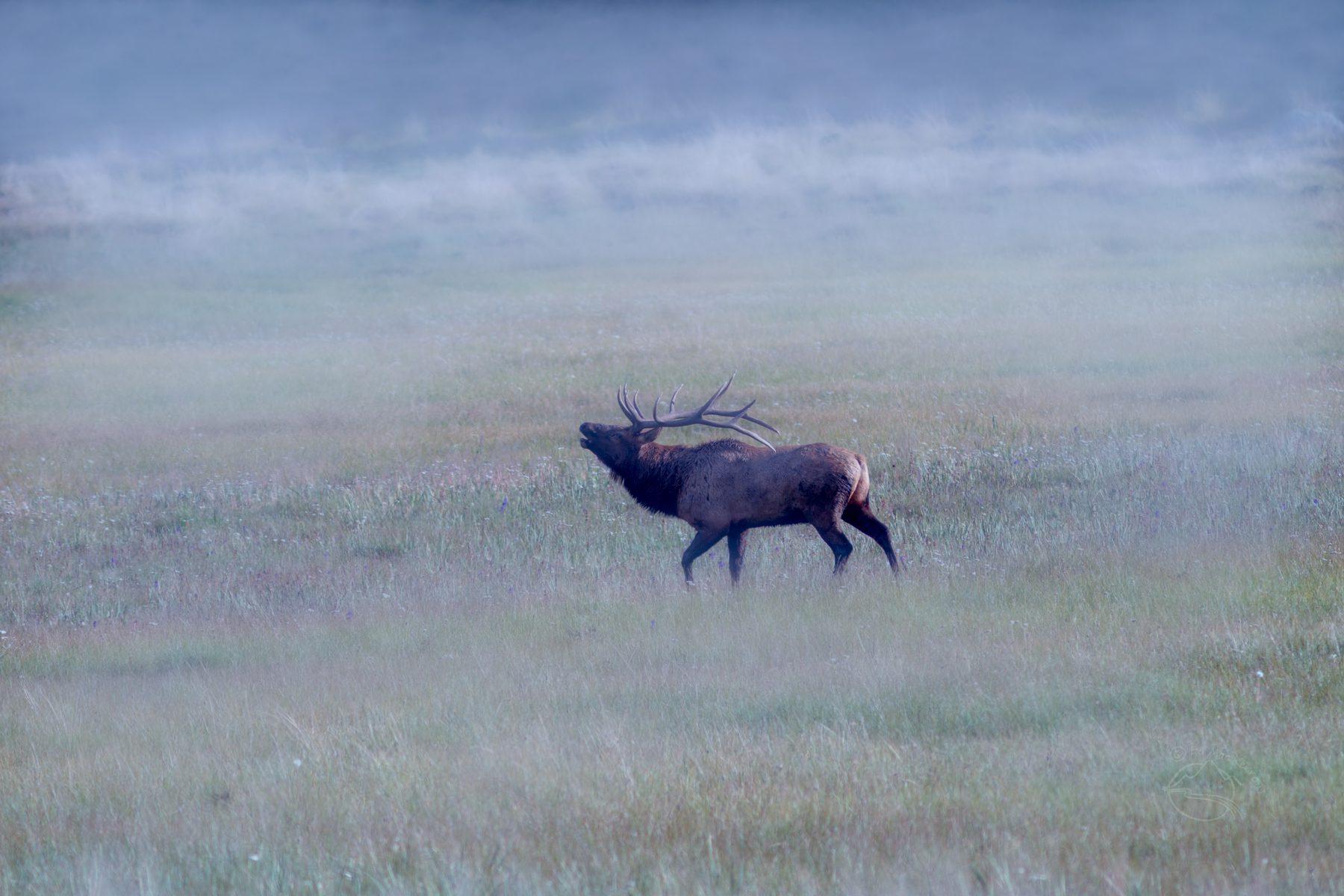 Elk bugling during the fall rut 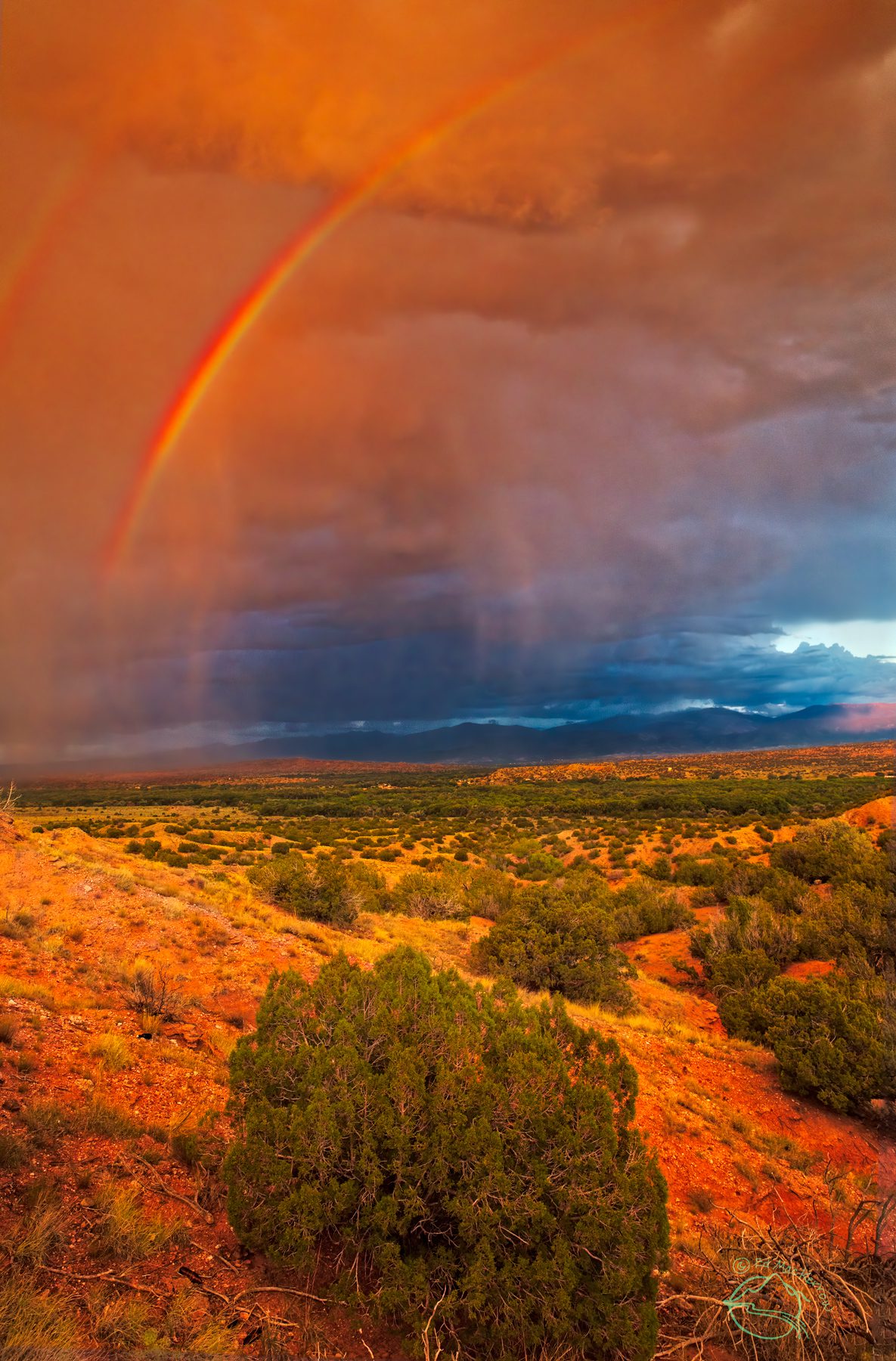