An American Badger hunts the grasslands of New Mexico for gophers and prairie dogs. 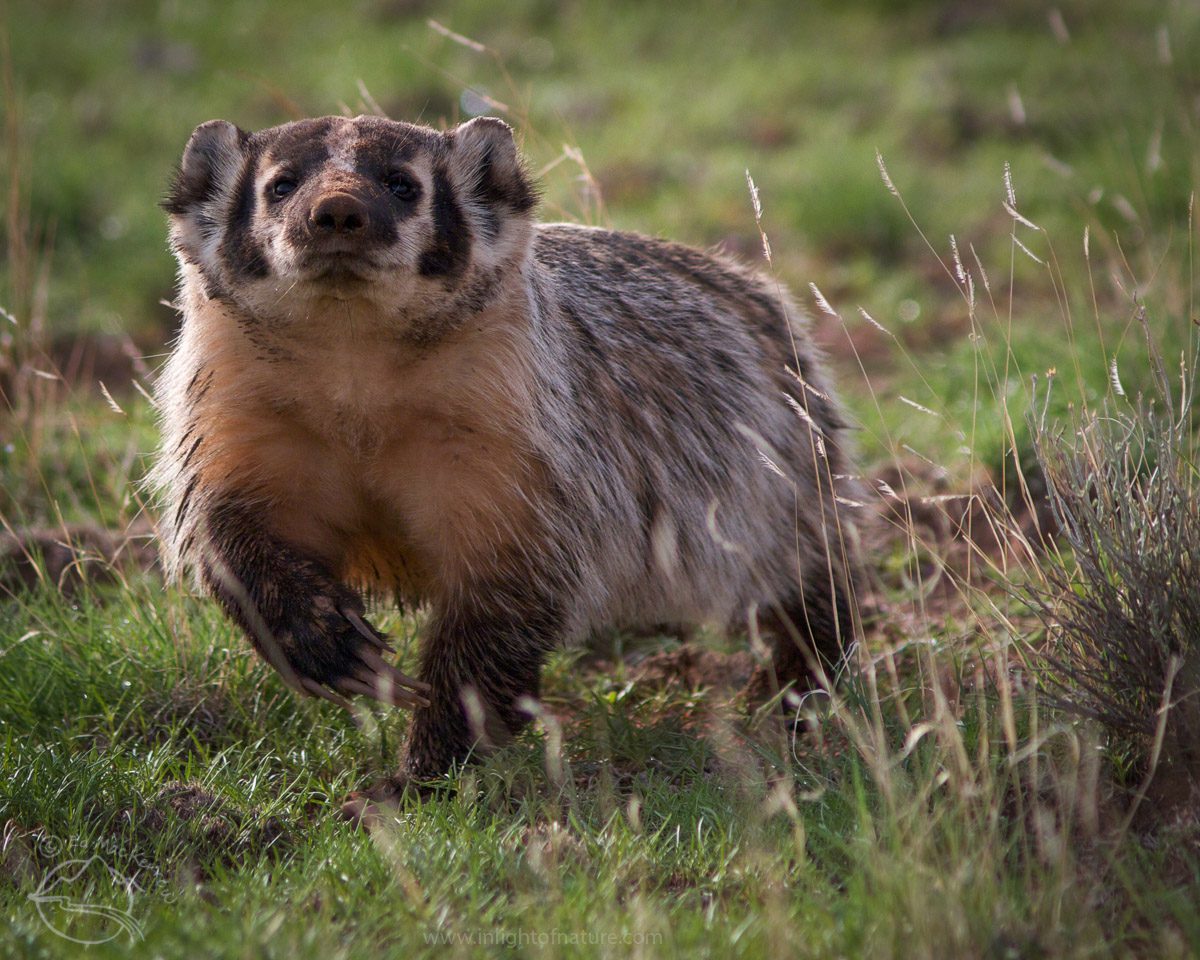 “A wild piece of carpet with teeth and claws” — that is how I sometimes joke about what an American Badger looks like. Whenever I see them, a rare treat, they are moving fast and low to the ground.  When I do see a badger it is usually in a prairie grassland habitat.  They prey on gophers, ground squirrels, and prairie dogs.  They eat gophers!  An enemy of my enemy is my friend.

It took many years for me to finally see a badger in real life.  I had seen stuffed dead badgers on the walls of rural gas stations and stores, usually made to look scary and mean via taxidermy.  “Badgers are mean!” people would tell me.  My initial views of them were fearful.

Sure, I am careful around badgers.  I would not want one inside my tent with me, and I keep a very close eye on my dogs when out hiking.  Like rattlesnakes, badgers will not run away from a threat. Instead they stand their ground.

Most people have preconceived notions of badgers, wolverines, and grizzly bears as “they are mean and will attack you…”  True, these animals can be vicious when they are in a defensive situation.  Badgers are also aggressive hunters to animals that have dens. Badgers and wolverines are part of the weasel family (Mustelidae).  When threatened (by a human, dog, or other potential danger) they will not turn their back on a might-be attacker.  Wolverines learned to eat animals trapped by human trappers (I actually consider trappers to be sub-human…).  When trappers would walk their trap lines to collect the trapped wildlife they would sometimes encounter a wolverine — who would viciously defend their prey.  My experiences so far with badgers and grizzly bears is that they leave me alone when I leave them alone.  Sounds like a reasonable agreement to me.  I have yet to see a wolverine in the wild. I hope I get the chance while they are still around.

The above badger image was taken while I was out in the wild open spaces of New Mexico looking for raptors.  This badger moved quickly from one prairie dog village to another.  The badger did not see me at first, since I believe it was so focused on hunting.  Having a long lens on my camera and sitting quietly allowed me to capture a few decent images before it quickly scurried off to another area.

On December 31, 1999, we opted to celebrate the News Years Eve of the Millennium, by climbing to the top of Cabezon Peak in New Mexico.  Cabezon Peak is a volcanic plug , and is a smaller version of Devil’s Tower.  After realizing that the alien spaceships must have landed elsewhere that night we setup camp. We woke up at dawn realizing we had pitched the tent about 5 feet from a badger den.  We were lucky… we did see the tell tale tracks with claw marks around the area, but luckily no badger.

While hastily packing up camp a pickup truck with a horse standing in the open bed (yes!) pulled up.  A rancher introduced himself, and his horse “Silver”, and demanded we drink a few beers with him.  Although he was offering the beers, it was 7AM and cold.  We realized we better oblige.  He then “invited” us to follow him to his home, which was an old ghost town.

We followed his truck as he sped fast along dirt roads across the New Mexico badlands.  As he turned corners his horse, standing in the back of his truck, would lean way over to balance around the curves — like those Olympic bobsled drivers do.  There was no railing or cage on the back of the truck — just a horse standing up in the bed of the pickup.

We arrived at a very interesting ghost town.  As the rancher showed us around the old stone buildings the four of use whispered to ourselves about the Brady Bunch episode where the kids were thrown in an old jail by a hermit living in an abandoned ghost town.  Our situation starting to feel the same.  We eventually said goodbye to this interesting and lonely rancher.  We exchanged phone numbers. I never called him back, however the next time I am in that area I might just stop in and see if he is still there.

Badger sightings are few and far between for me.  Since I spend so much time out photographing wildlife in the west and traveling over hundreds of miles of dirt roads in the prairies and grasslands, I do end up seeing them.   Below are some photos of a young and playful badger that I came across.

This young badger was hunting for prairie dogs when I first noticed it.  I parked my truck and just sat patiently.  Eventually it came pretty close to me and allowed for some interesting behavior images.  At one point it looked at me, never taking its eyes off me, while simultaneously digging a hole with its back legs and then slowly sinking backwards into that hole — all the while staring at me.  It never turned around to enter the hole.

The young badger after it dug a new hole using its back claws, and did not take its eye off me the entire time. Its behavior showed it was fearful of me, even though I was at least 50 meters away and in my vehicle. 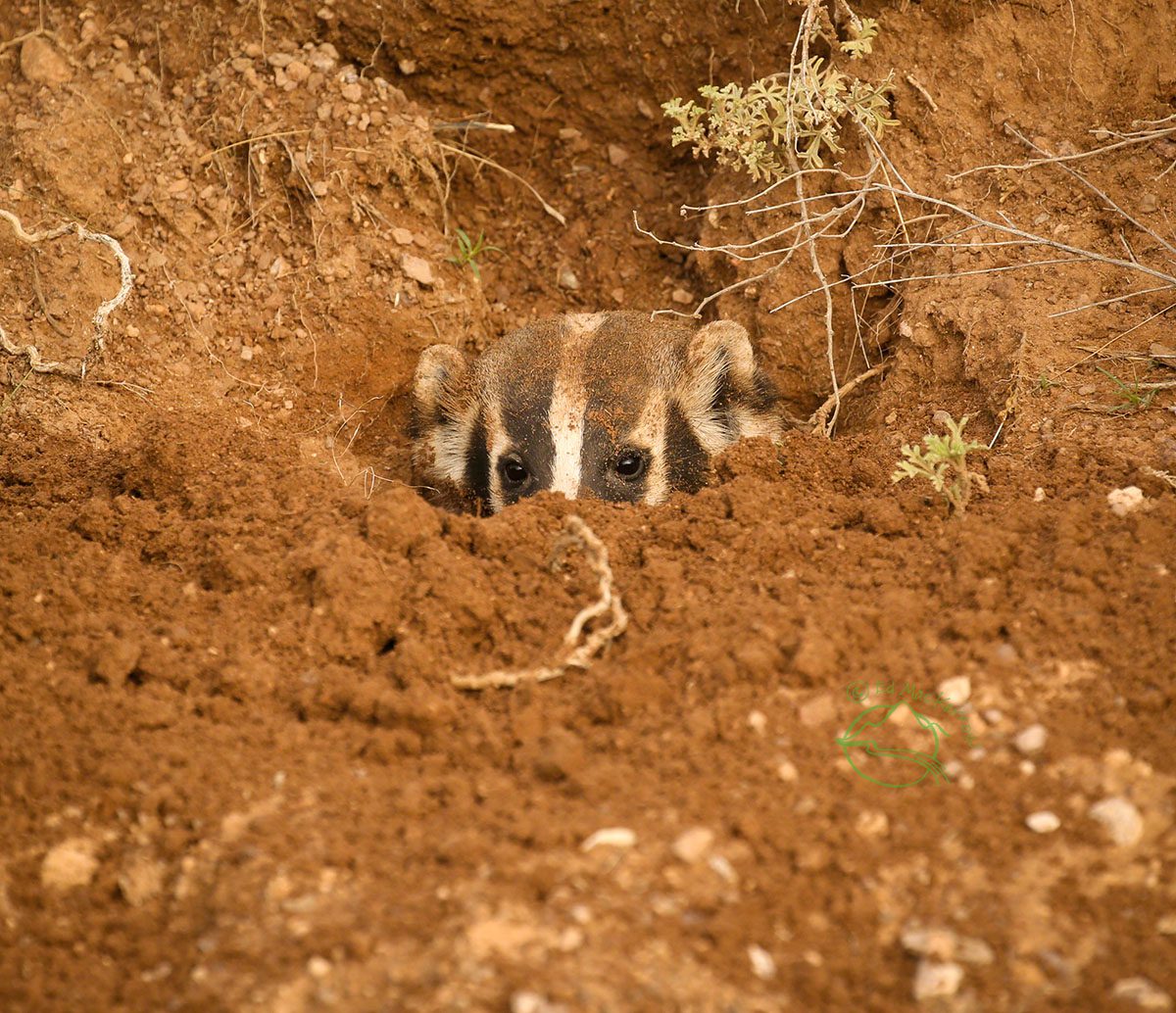 I continued to sit quietly, staying in my truck, and it popped its head back out and rolled on its back as if it wanted me to go rub its tummy!   Maybe next time little badger, we need to get to know each other a bit more first. 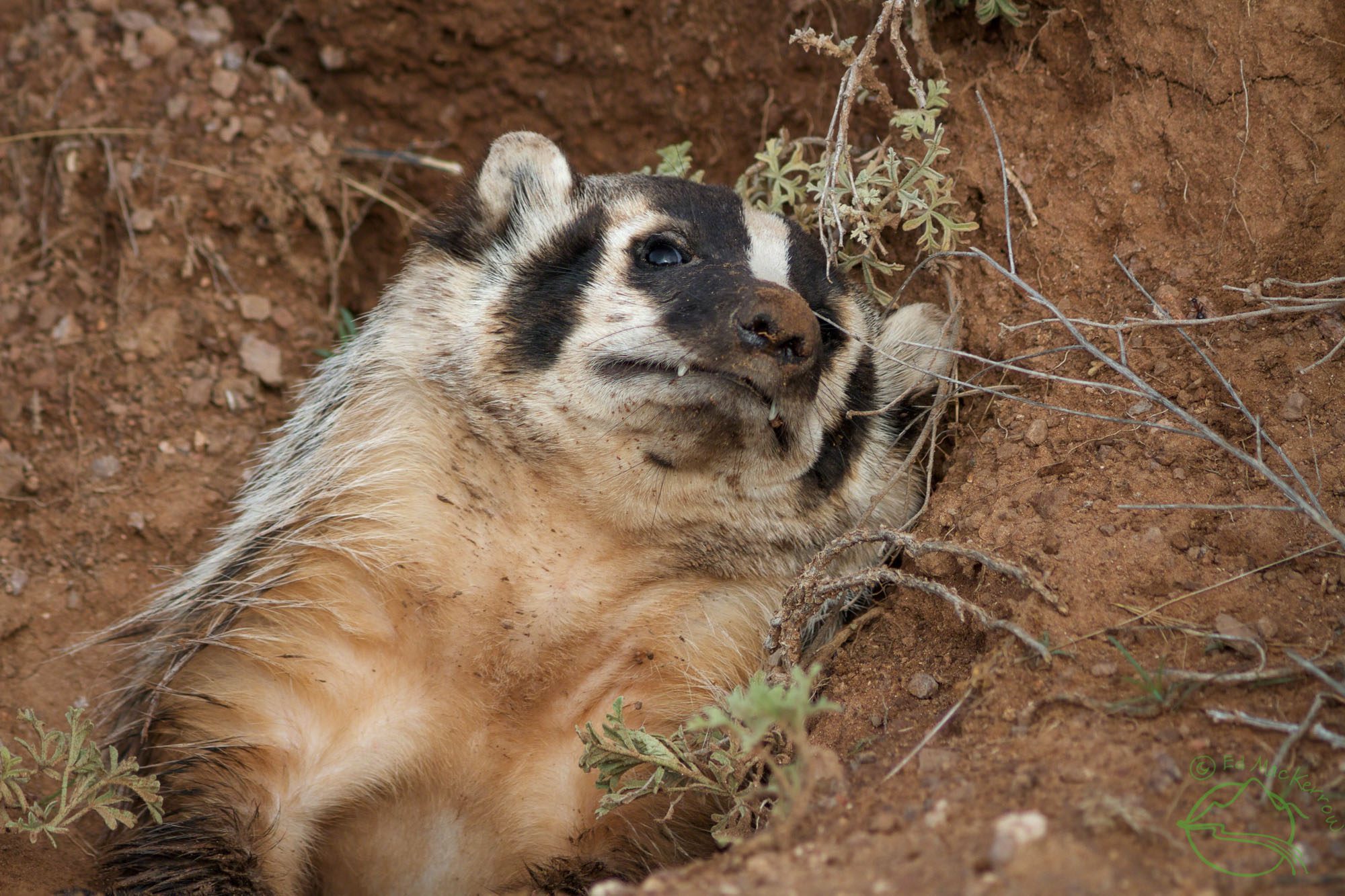 After watching the playful badger for a couple of minutes it was time for me to move on and let it get back to things.  The little badger emerged out its new hole.  As I drove away slowly I could see it running from one prairie dog mound to the next.

Who knows where I will get to see my next badger.  Even though my encounter with the young badger was years ago it is still vivid in my memory.  I like to think that this badger now has a family and they are enjoying life out in the expansive green prairie under the deep blue New Mexico sky. 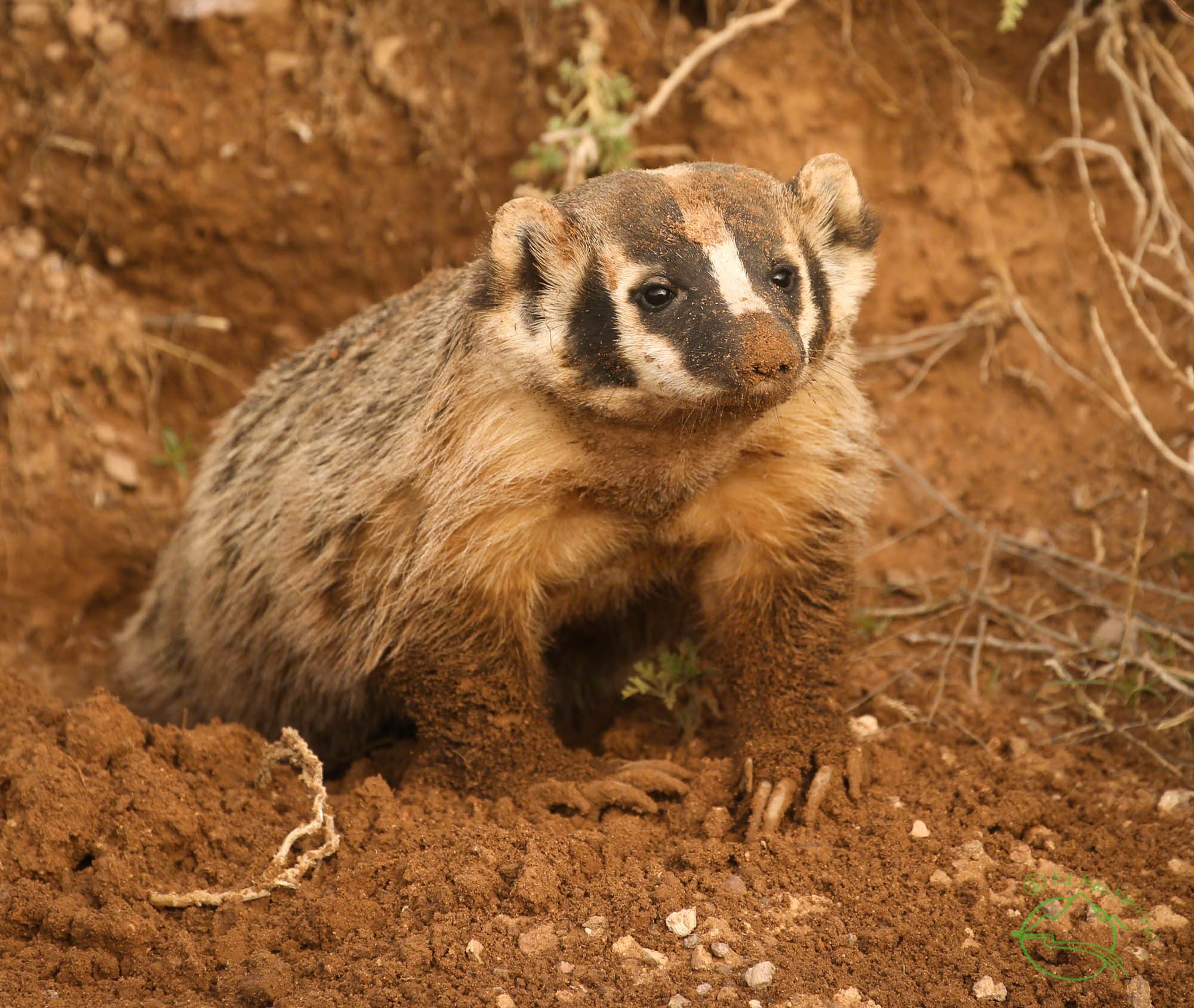