How Bobcats, Coyotes, and Foxes Help My Farm

Can We Talk About… Gophers?

One night soon after I bought my home on a small farm in Northern New Mexico, I was working late in my garage mudding sheetrock.  Suddenly I turned around to find a pocket gopher staring me down from the middle of my garage floor.  I will never forget that moment.

Gophers turned out to be a consequential aspect of my life.

With an orchard of approximately 250 apple, apricot, and cherry trees gophers were having a field day eating the roots and killing the trees.

Everyone had their favorite trick for managing gophers. 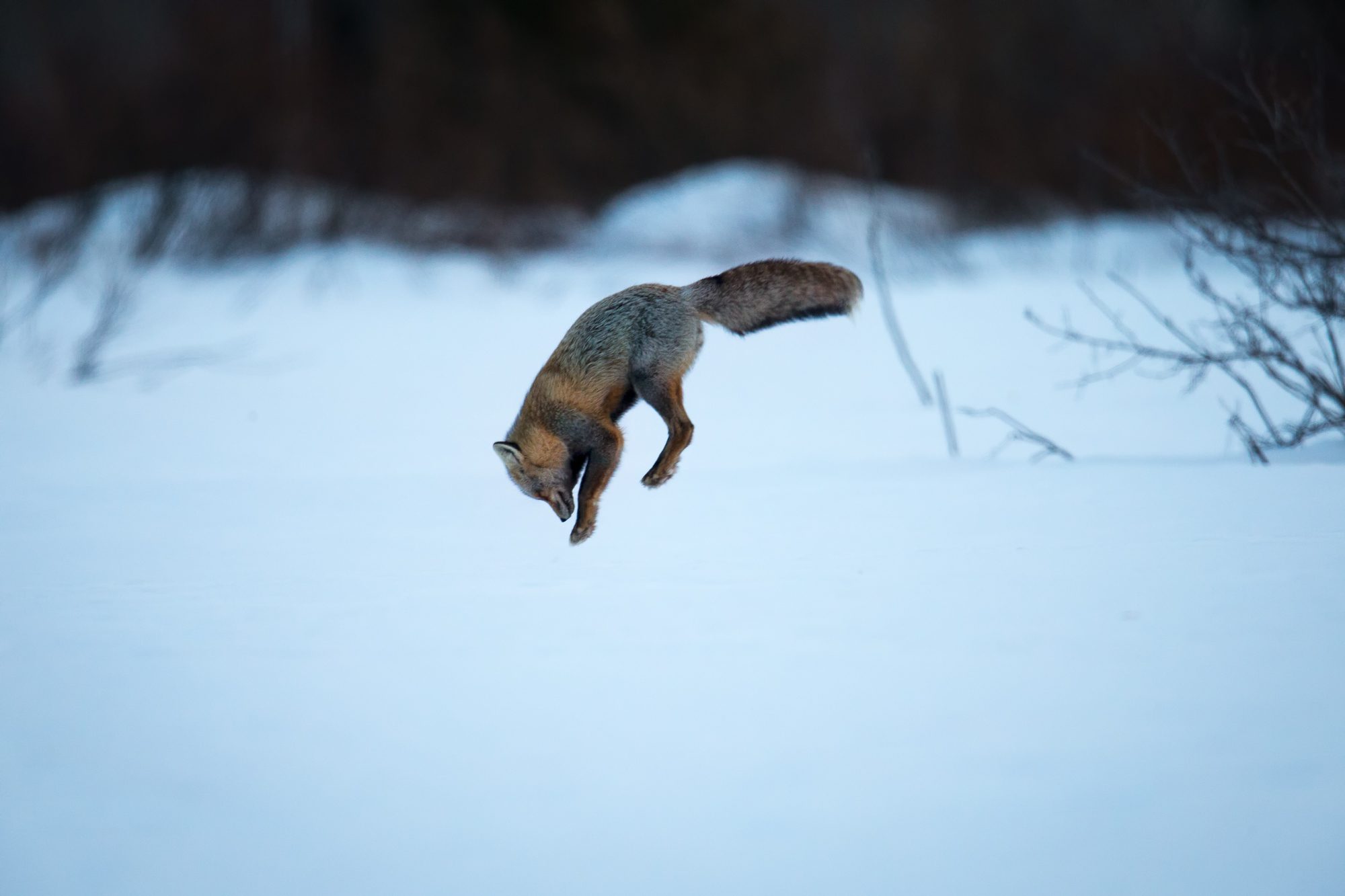 Foxes and coyotes are so awesome at catching voles and gophers then can find them using sound through deep snow.  I watched this fox consume 4 voles in one hour! 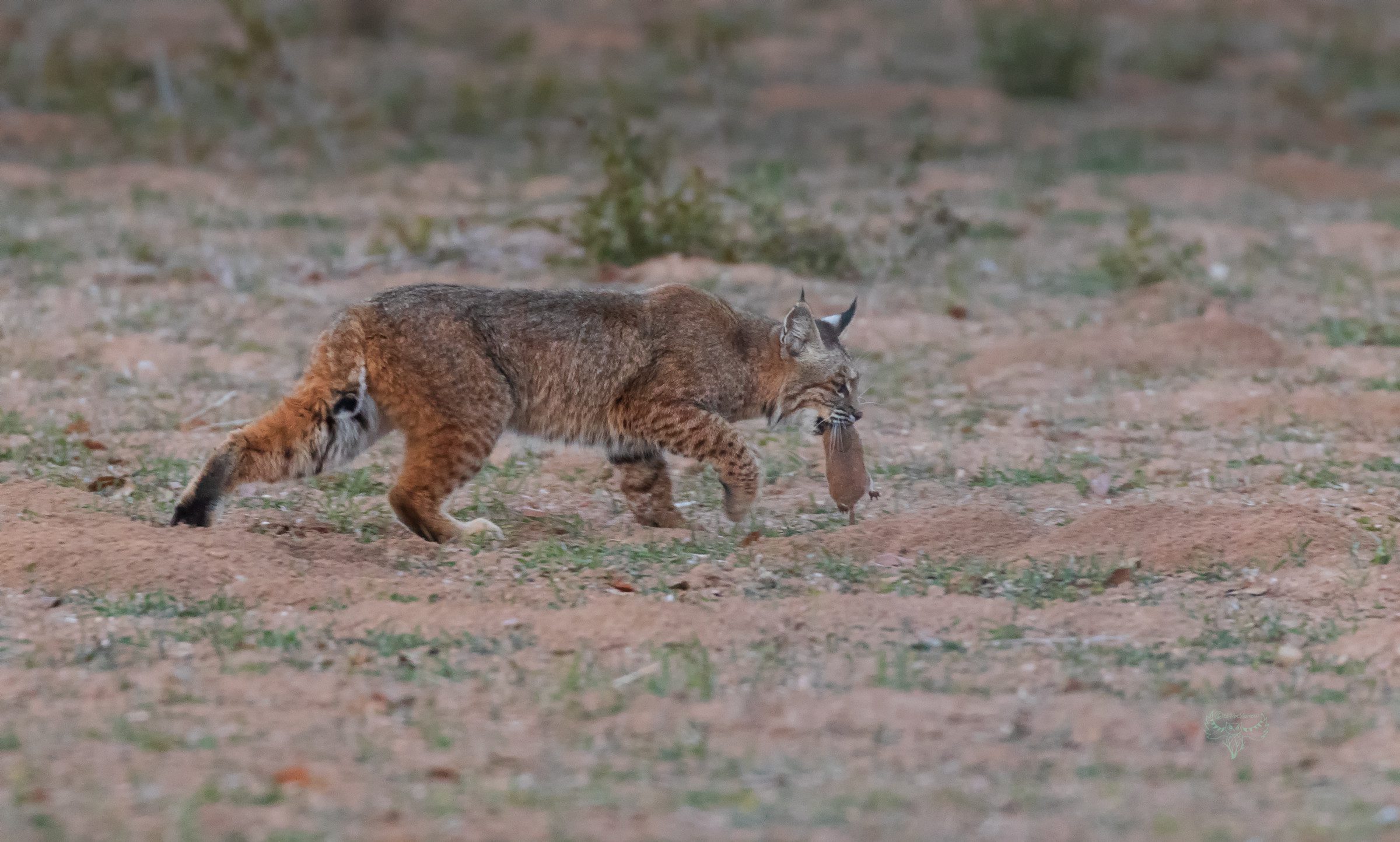 Healthy Bobcat that dines on gophers and is very effective at rodent control.

I was spending way too much time and money fighting gophers.

Talking one day with my farmer neighbor, with our conversation drifting towards “those damn gophers” as it always did, I learned that when he irrigated his alfalfa crops coyotes would come and feast on gophers as they were flushed to the surface.

I had to see this for myself.  It was amazing!  The coyotes would stand right next to us and the farm dogs.  It was serious business for the coyotes as they consumed many drenched gophers.  This was a turning point for me.

Prior to this, I was always in fear mode about coyotes. “They will gang up on your dog, they will chase you down, they are dangerous”.  This was what I usually heard, albeit from city slickers and wanna-be tough guy “cowboys”.  I have witnessed, many times, the opposite.

Fear sells guns, traps, and affects a large fraction of our population, who make decisions more on their primitive “lizard brain”, the amygdala, instead of the logical region of the brain, the pre-frontal cortex.  Much of their behavior is driven by myth (e.g. John Wayne’s real name was Marion Morrison, and he grew up in the Los Angeles area as the son of pharmacist).  I get it, fear is an important emotion, and over the years I have learned to control it better, and I am still learning, and always will be.

Initially, when a coyote showed up on my land I would shoot a rifle in its general direction to scare it off, intentionally not hitting it.

After being shown by neighboring farmers how the coyotes were great at getting gophers I paid more attention and noticed they were not causing any harm to me. They were instead a big help in controlling rodents. 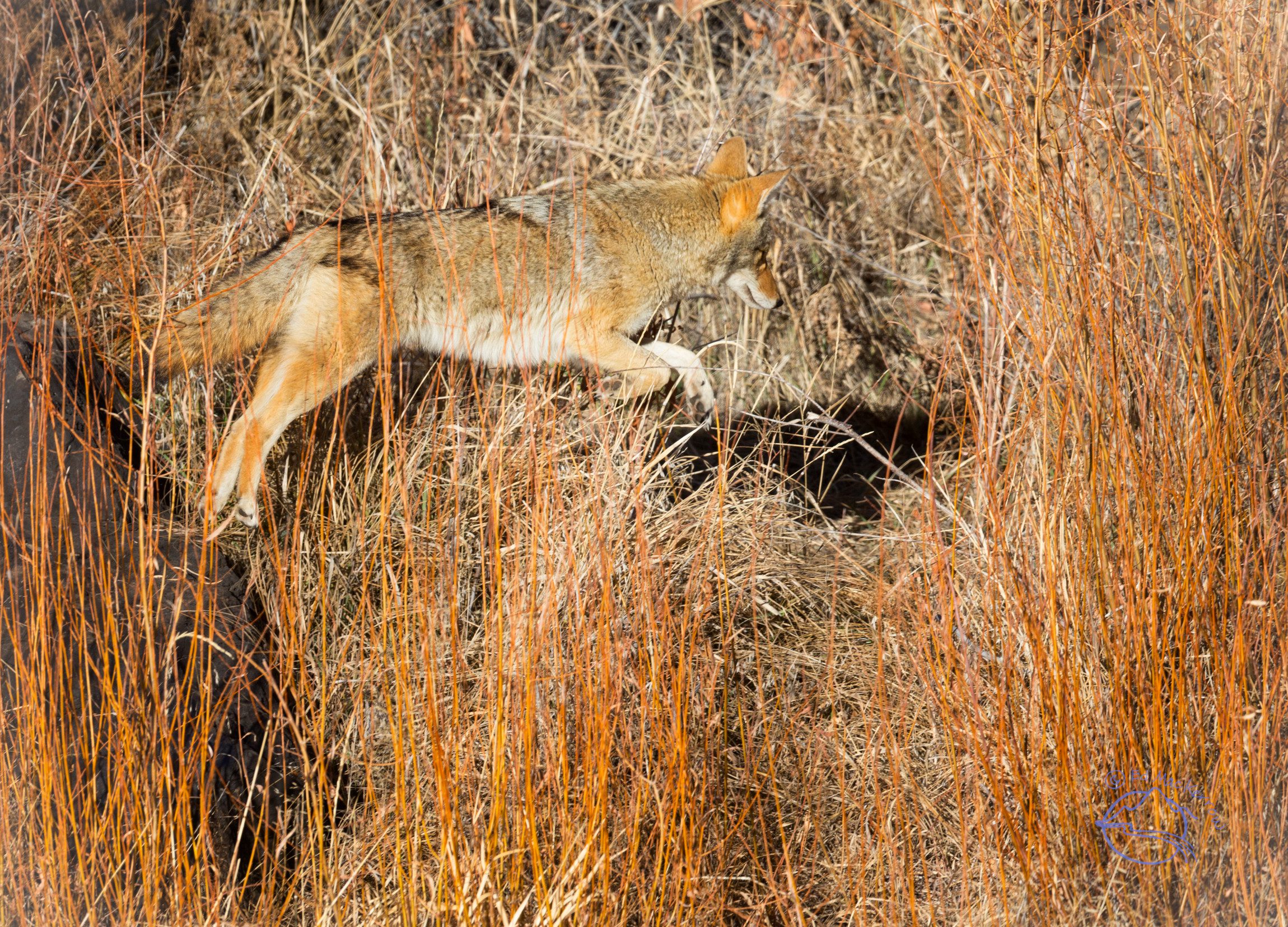 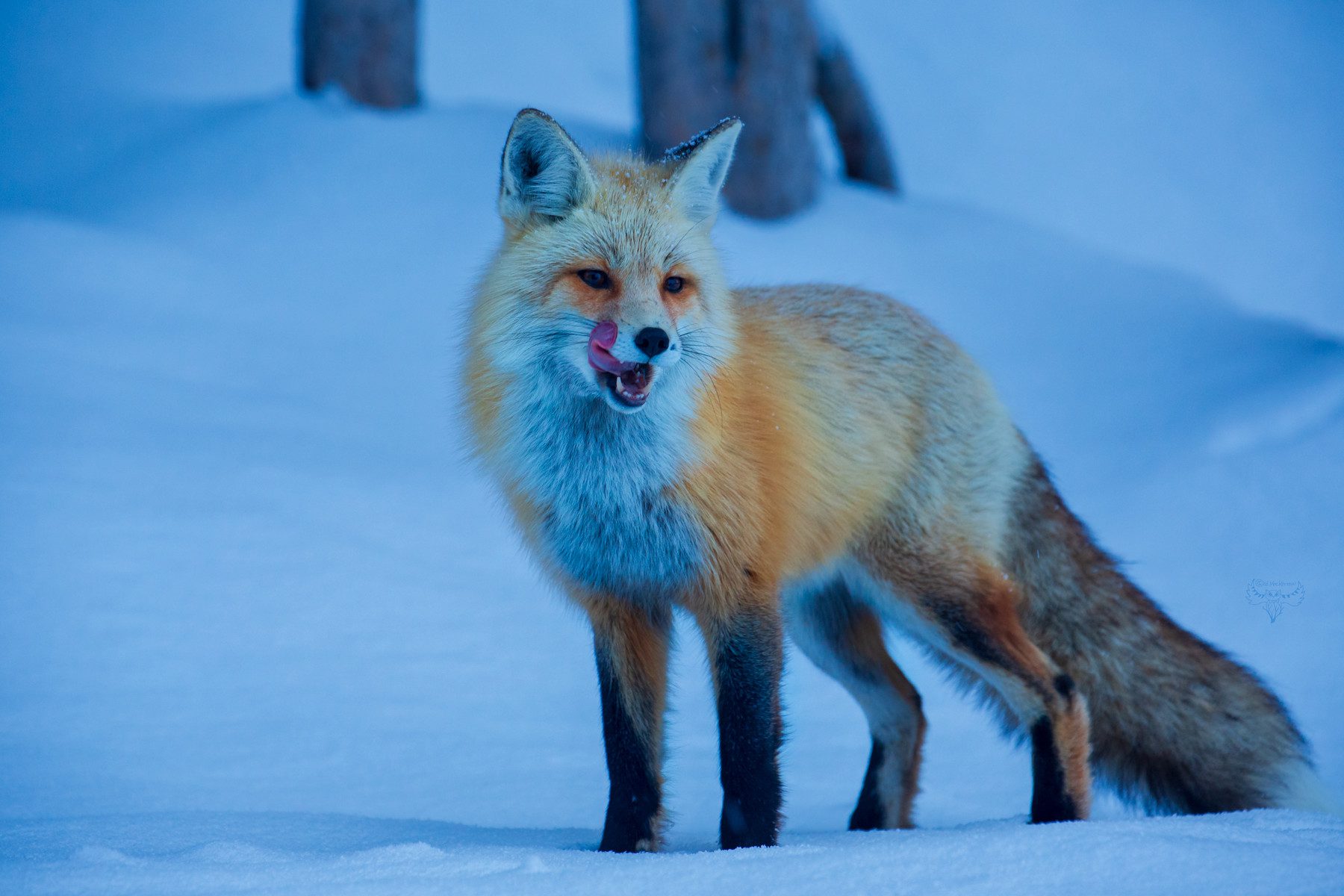 Red Foxes are very efficient at rodent control in the winter.

After so many years of stressing and fighting the gophers, I now leave it up to the coyotes, bobcats, foxes, and owls.  A mountain lion was even helping himself to gophers early one morning on a local farm.

Not only do I have more time to focus on other things than gopher control, but it also feels good to let nature handle things. 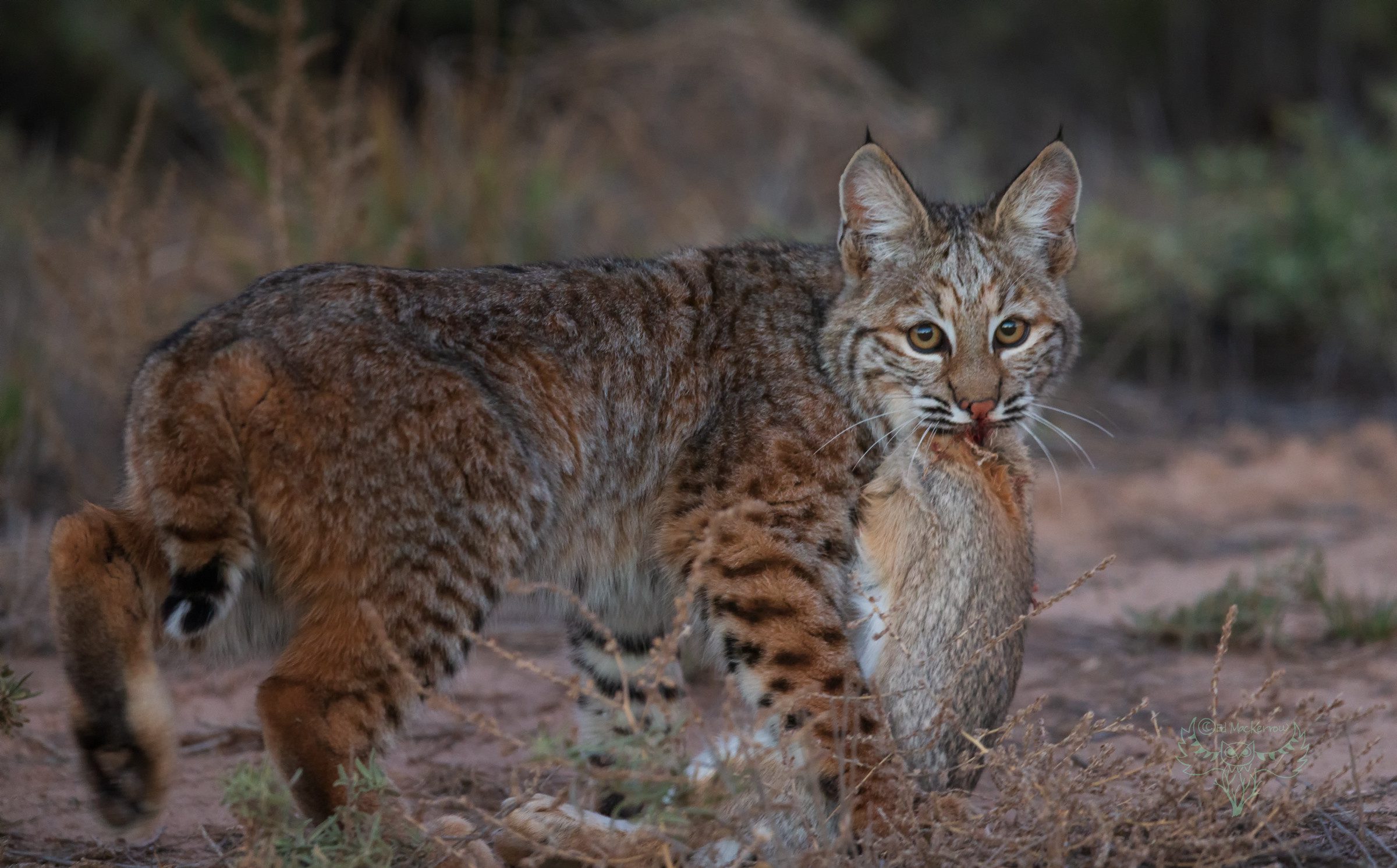 Bobcat with a cottontail rabbit.  Rabbits do not affect my orchard too much, however, they cause excessive crop damage to farms that grow vegetables. 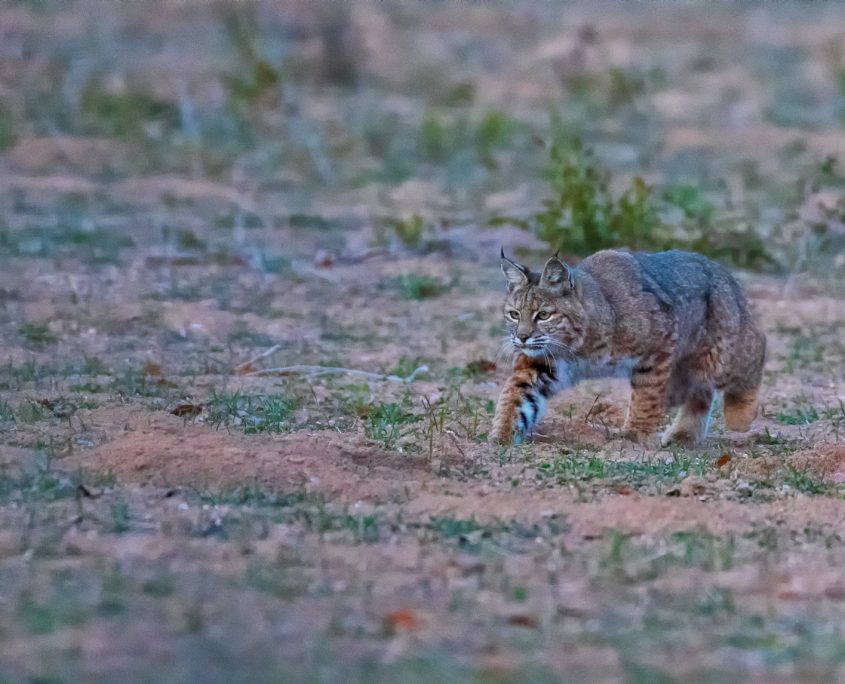 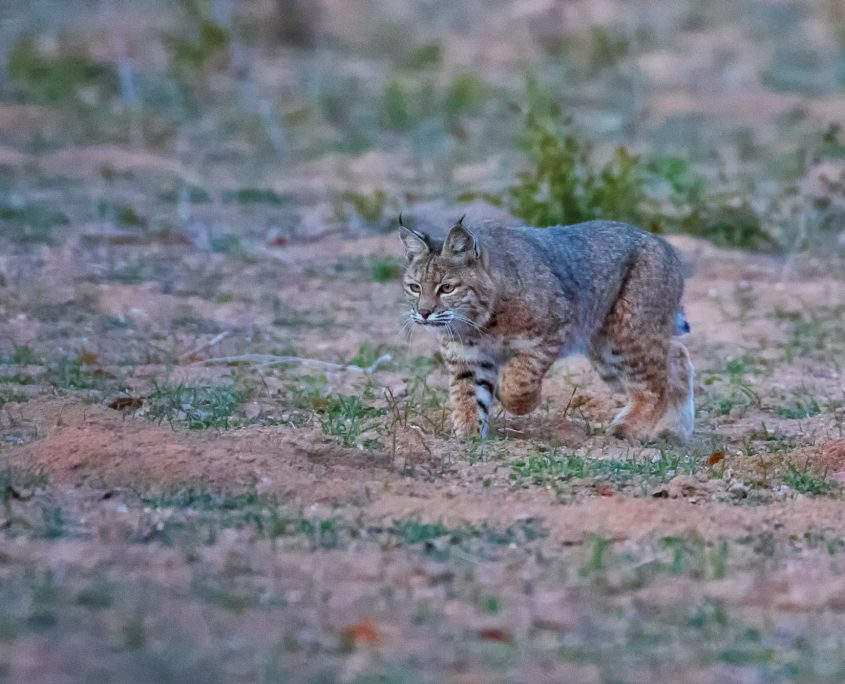 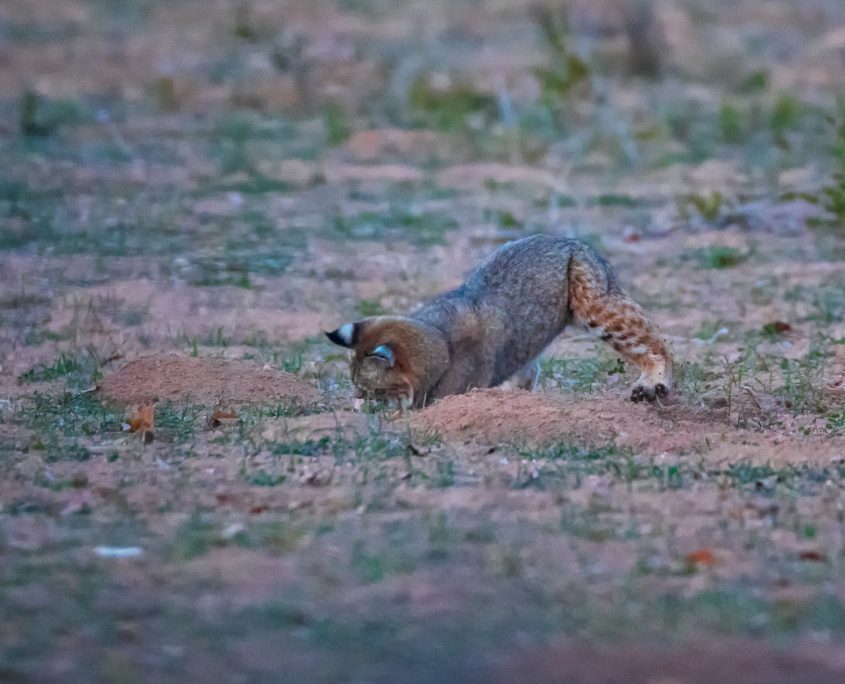 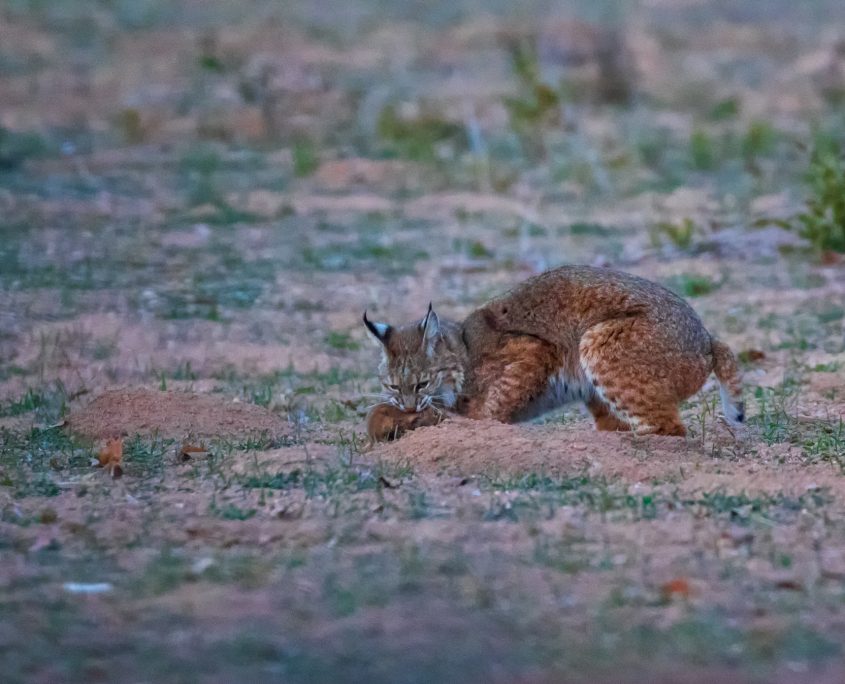 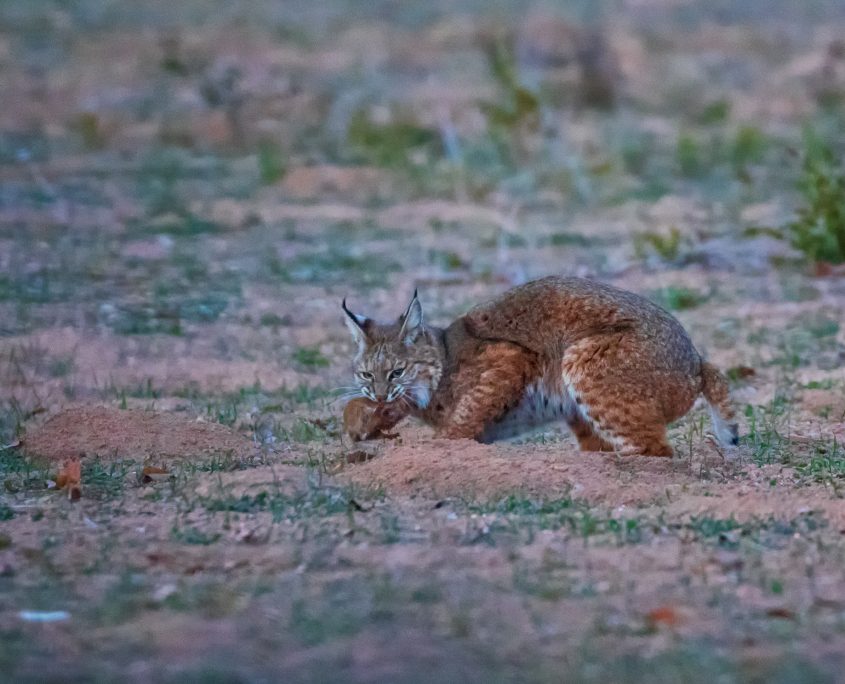 This bobcat caught 3 gophers in 45 minutes.  He is an expert gopher getter!  Happy to have him help me. 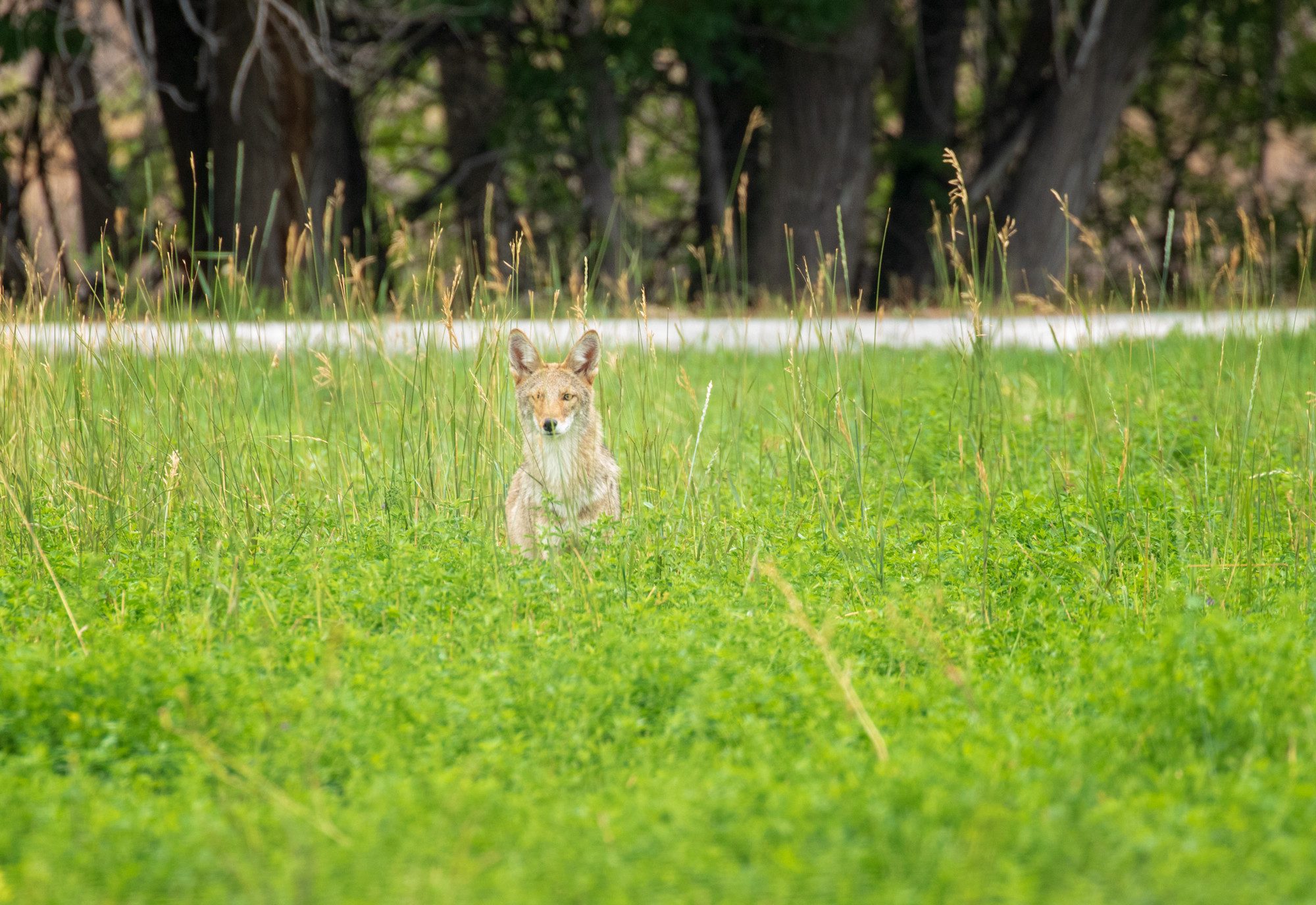 Coyote quietly waits for the next gopher to flush up in the irrigated alfalfa.

Coyotes, foxes, badgers, bobcats, owls, and hawks eat gophers as one of their main food sources.  Giving these predators a safe habitat to live on your farm or ranch, with lots of brush and cover, will help control damage from gophers.  We have not had issues with predation on pets since we have good field fence for our dogs.

How to Get Predators to Help You

Some helpful organizations to learn about how predators help us include:

Published, peer-reviewed, science on predators can help you understand the different roles predators play in the ecosystem.

Some good references are:

The Crucial Role of Predators: A New Perspective on Ecology

The Ecological Role of Coyotes, Bears, Mountain Lions, and Wolves

The Importance of Predators

The Undeniable Value of Wolves, Bears, Lions And Coyotes In Battling Disease